A Case for Gun Control 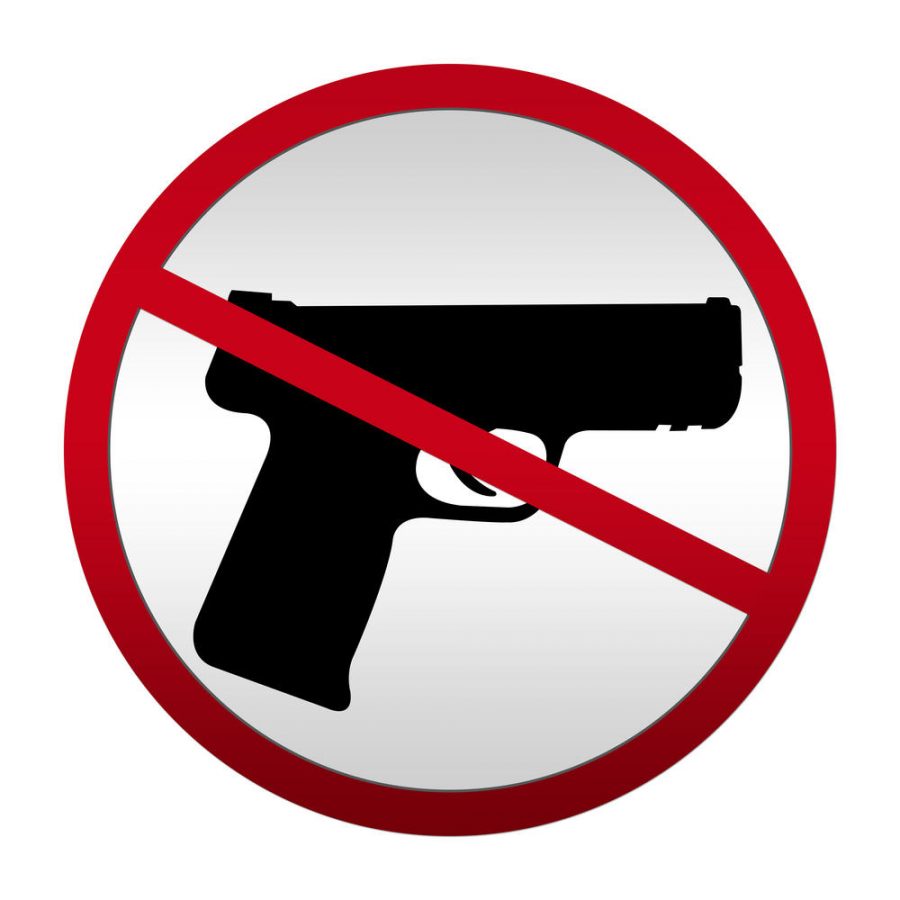 Lady liberty has the barrel of a gun pressed to her head, and the NRA is responsible. In 2016, the NRA spent over 54 million on US elections to project their interests upon Congress, and it has kept guns in the hands of killers. The result of this action is seen in mass shootings such as Sutherland, Sandy Hook, Las Vegas, and, most recently, Parkland. This is not only a perpetual assault on American lives but freedom as well; no one can live freely while in fear of being shot. The only way to defend our lives and freedom is to increase regulation on gun sale, remove loopholes in gun laws, and eliminate the NRA’s power in Congress.

On February 14, 2018, 18 year old Nikolas Cruz used an AR-15 to gun down 17 people in Stoneman Douglas High School, Parkland, Florida. This tragedy is one of many mass shootings in the US. According to the CDC, on average there are 13,000 homicides committed with guns and 273 mass shootings (incidents with 4 or more deaths and injuries) every year. Compared to other industrialized nations, this rate of gun violence is incredibly high. The Gun Violence Archive states the US has more than three times the amount of gun violence rate per citizen in Canada, France, Australia, Spain, Germany, the United Kingdom, and Japan combined.

The cause of gun violence in the US is the excessive amount of firearms and the lack of gun laws to regulate them. The US has the most guns of any other nation. According to Vox, The US owns 42 percent of all civilian guns in the world, despite only having 4.43 percent of the population. This high gun ownership rate directly correlates to the amount of gun violence. According to a Mother Jones chart, using Injury Prevention and CDC death records, the total number of gun owners directly correlates to the number of gun deaths. US gun law has a

loophole that allows criminals and mass shooters access to guns. This flaw is called the Private Sale Loophole, and it allows private sellers, like gun shows, to sell guns without background checks, record of sale, or identification. According to Politico, twenty percent of all firearm sales in the US are sold under this loophole, and the result is guns in the hands of killers.

Despite NRA propaganda, the most effective way to eliminate these problems is through legislation that regulates how firearms are sold and removes the Private Sale Loophole. The NRA has peddled the argument that gun laws don’t decrease gun violence and criminals use illegal guns. However, according to NBC, legal guns make up 80 percent of all shootings.  In addition, according to this Atlantic infographic using The Law Center to Prevent Gun Violence, The CDC, and the NRA Institute for Legislative Action (The lobbying branch of the NRA), States with increased gun regulation decreased gun violence significantly. 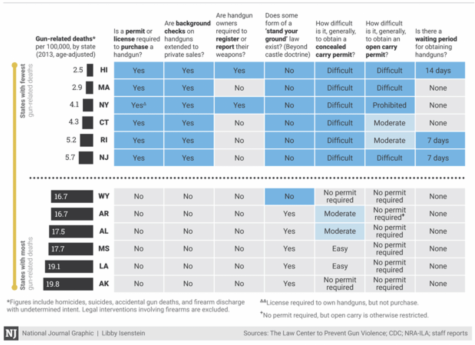 The reason the life saving legislation seen above has not been implemented is the NRA. In 2016, the NRA reported it spent over four million in lobbying. However, according to Open Secrets, a nonprofit, the NRA actually spent over 54 million on election cycles. This additional expense was not reported by the NRA because money didn’t directly go to candidates. Instead it went to the purchase of adds and donation to nonprofits that support the candidate, and the result of this lobbying can be seen in congress. Of the 435 members of the House of Representatives, 285 are against gun reform despite recent polls conducted by Politico that indicate 88 percent of Americans want background checks on all firearm sale.

Despite NRA influence in Congress, citizens are rising up. Young adults that experienced the tragedy of Parkland firsthand, like seniors Emma Gonzalez and David Hog, are speaking out. They are letting Congress know future generations will not tolerate politicians that accept NRA donations. In addition, schools across the country are organizing walkouts with a symbolic 17 minutes to honor the fallen in Parkland. However, these movements need your support. Participate in a nationwide school walkout on March 14th and a march on the Nation’s Capitol on March 24th. Call your representatives and let them know your support for gun laws, and pledge to not vote for candidates that accept donations from the NRA. Take the gun away from Lady Liberty’s head and free the US from the tragedy of gun violence.