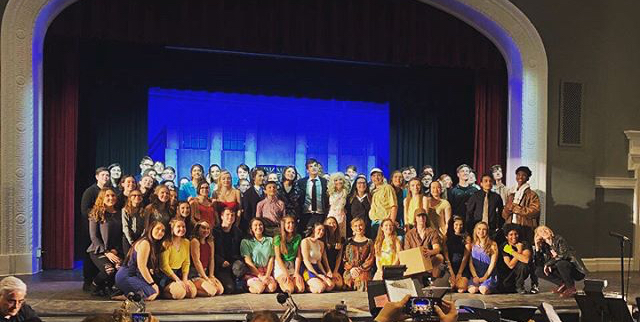 This past weekend, students, families, and faculty gathered to see Babylon High School’s performance of Legally Blonde as their Spring Musical! Many people who attended agree that it was beyond amazing and by far one of the best musicals put together by BHS! The casting was perfect, all of the singers were amazing, and it overall had a very 2000’s vibe.

From the popular opinion of students who attended this play, such as Elizabeth Wanderman and Maddie Baudille, the casting was spot on. Each student played their characters perfectly and did as great of a job with acting as their character would! Something that was particularly impressive was the Harvard Students and the Delta Nu Students because of how perfectly they acted as how college students at a top school and sorority girls would act!

In addition to that, the singers were amazing and all the songs were fun! An example of this is ‘Gay or European,’ which appeared to be a crowd favorite, because of how fun and well performed it was, and it was performed by Writers’ Club’s very own Owen Gaskill! In addition to that, how well everyone sang was also impressive, especially Izzy Gaskill, who played the main role of El!

Another thing that many enjoyed was the 2000’s vibe. Let’s be real, we all love a good movie from the 2000’s, and that’s exactly what this musical felt like! From the clothes to the music to the plot, it all reminded me of movies from a couple years back.

Overall, Legally Blonde was fantastic and it was personally my favorite musical that BHS has put on!