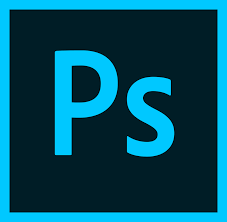 If you live in the United States of America, almost every image or advertisement you see in the media is computer altered. Trained photo shop artists can make any imperfection disappear from a person’s body digitally. From erasing a muffin top to giving a model clearer skin; a paid and experienced photo shop artist isn’t required to stop altering the human being on their computer screen until it could be considered false advertising. It’s not difficult to believe that this practice can lead to health problems such as mental illness or eating disorders in both models and in the viewers who see the images.

There doesn’t seem to be a boundary between what is art and what is manipulation. We must draw the line ourselves. We need to regulate the use of photoshop in the media more closely and amend our current laws to protect our people from these health issues that result from photoshopping.

Unfortunately, when an adolescent sees that society has an expectation of what they are supposed to look like, they inevitably compare themselves to that image. Many of us are guilty of looking at an ad and thinking ‘I wish my teeth looked like his’ or ‘Her hair is just so flawless, I wish I could get mine as straight as hers’. In fact, according to a study taken by Dove Self Esteem Fund, a whopping 80 percent of women admitted that seeing the perfection of female movie stars and models made them feel insecure about themselves. Feeling like you are ugly or unhealthy after viewing what society’s perfect image of you looks like is catastrophic to your mental wellness, and can lead to the development of mental illness. The American Medical Association has rightfully spoken out about this issue, and after several studies on the issue they concluded that “…alterations made through processes like photoshop can contribute to unrealistic body image expectations, eating disorders, and other emotional problems.” If an association as large and influential as the AMA is giving us medical advice, wouldn’t we be smartest to listen?

What will these regulations specifically pertain to when it comes to photoshopping? Anyone can say ‘pass more laws’ about an issue, but where exactly is the game plan? The new regulations will force any company with photoshop on their images to label those images as photoshopped, so the public is fully aware that what they’re seeing is not natural. This label would expose all the seemingly

untouched images as photoshopped showing that America that they don’t need to compare themselves to a body expectation that isn’t attainable.

Opponents to this issue could say that this cannot be done, because people are so adapted to seeing the fake beauty that they will not see the urgency of the issue, or all the benefits associated with the legislation. They argue that tightening regulations or passing new laws just won’t happen at all. However, we have proof that taking a strong stand against this issue is possible because France has already done it. France passed this exact law already in 2015, forcing their retouched images to be labeled as such. Additionally, Italy, Israel and Holland passed similar laws already, according to BBC news. Who’s to say America cannot accomplish the same?

And that’s not all the French did. France also passed a law banning underweight models from photo shoots and advertisements, because like the American models, French models were starving themselves to appear skinnier. According to Time Magazine, “The bill…requires models to have a medical certificate vouching for what the government deems a healthy BMI. The legislation is an attempt to stop the idealization of the dangerously thin, and, perhaps, curb anorexia”. This law ultimately forces models in France to treat their bodies with respect, eating right and eating enough to weigh a healthy amount. Now every model in France can lead a happy and healthy life, without the pain and suffering of trying to attain

impossible beauty standards. People seeing these models are seeing natural beauty, not an airbrushed and retouched version, and they can be comfortable and happy in their own skin knowing they are normal.

Finally, an industrialized nation has shed light on the social issues pertaining to unrealistic body images and taken legitimate action in trying to combat them. It was a bold and courageous decision by the French government, one that the U.S. should emulate. Maybe now we should start calling France the home of the brave, until the U.S. can step up and take a stand on this issue.

Throughout our country, there have been many unfortunate events occurring every day, from mass shootings to wildfires. Don’t we have enough struggle in our country as it is? Don’t we have enough pain and sadness? These regulations are one small step towards that “better America” we keep hearing about in the media. We can do it. France’s success is living proof that these regulations on the digital retouching of people can be implemented, and we have the data to prove that body image has grown into a pressing issue. So, what exactly is holding us back? Are we worried what we will see might not be what we expected? Are we ready to accept that the only way we can really attain physical perfection is with an airbrush on a computer screen?

The time to act is now, and you can help from the comfort of your own home. The only way to make this change happen is to alert our government officers. Email our governors and senators, send a letter to the president, just do your best to spread word on the issue. Any form of publicizing the regulation, such as through social media platforms, will bring the issue to light and give us a better chance of getting the law passed. Who wouldn’t want to see a better America in their lifetime? A stronger America. A healthier America. A happier America. This law is a step in that direction. Who wouldn’t want to end body shaming and curb these mental illnesses? Passing this law can get us there. If anybody in this country cared about the wellbeing of future generations of Americans, they could show it by supporting and advocating for the passing of this photoshop regulation law.