Pulling The Trigger to a Safer America 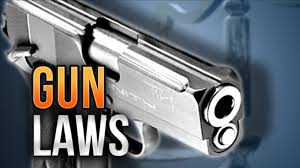 Did you know that according to the U.S Center for Disease Control (CDC), an average of 96 Americans are killed every day by guns. In addition, for every one person killed by a gun, two more are injured. The most shocking statistic of all is how the U.S. measures up against other high income countries in number of gun homicides. The CDC says that “An analysis of gun homicide rates in developed countries found that the U.S. accounted for 46% of the population but 82% of gun deaths.” Guns are a part of American history and culture, but steps have to be taken to reduce the number of guns that get into the hands of people who are unstable, criminal or violent. Unfortunately, there are major flaws and loopholes in the background check system that are allowing guns to be available for purchase to people who have proven that they are dangerous. New steps must be taken to close all holes in the system that are costing people their lives.

People may argue that restricting firearm access in any way is against the 2nd Amendment: the right to bear arms. The National Rifle Association is a powerful organization that works to ensure that guns are available to as many people as possible. They label any attempt to limit guns as part of a socialist movement. However, times have changed. Overwhelmingly, Americans agree that stronger gun control measures are needed. According to an 2018 online article by HuffPost, “A new poll from Quinnipiac University has found the highest support it’s ever surveyed for universal background checks for firearms purchases, with nearly 100 percent of those polled supporting the gun control measure. According to the findings… 97 percent of respondents support the checks, with 2 percent opposing and 1 percent declining to respond. Even among gun owners polled, support is at 97 percent.”

Unfortunately, there are many recent examples of gun violence in this country caused by individuals who were not caught by the background check system. In November 2017, a man killed over 2 dozen people in a Texas church. He was convicted of domestic violence but that information was not put into the National Instant Criminal Background Check System (NICS). That meant he was allowed to buy the firearms that took the innocent lives of the church attenders in Texas. In 2015 a man killed 9 people in a church in Charleston, SC after his name was not entered into the NICS even though he had previously been arrested, and admitted to drug use. Three weeks ago, a nineteen-year-old entered his former high school in Parkland Florida, and murdered 17 people in a shooting spree. He had legally purchased an assault style rifle, even though the police knew that he had a disturbing background, that the school had received numerous complaints about him, and that he walked away from his mental treatment. Failures in the background check system are costing people their lives, and the system must be overhauled to prevent these types of tragedies.

Unfortunately, the systems that are supposed to protect Americans from gun violence have broken down. In 2017, the Washington Post reported that “tens of thousands of people wanted by law enforcement officials have been removed this year from the FBI criminal background check database that prohibits fugitives from justice from buying guns.” The names were purged because the Justice Department changed the definition of “fugitive from justice” so that it would only mean people who crossed state lines. In other words, a criminal buying a weapon in the state that he or she committed a crime would not generally be stopped from buying a firearm. After Trump came to office, the definition of fugitive was narrowed even more to those crossing state lines to avoid persecution or to avoid giving testimony. Before all the changes to the fugitive definition there were 500,000 people identified as fugitives from justice who could not purchase a gun. That number dropped to 788.

Clearly, recent incidents of mass shootings are a warning to us that the criminal background check system is faulty and must be improved. According to the FBI, the NICS “is all about saving lives and protecting people from harm—by not letting guns fall into the wrong hands.” If that is true, then it is time to see that happen. Everyone deserves the right of life, liberty and the pursuit of happiness. Americans must demand that our government take necessary action to help keep Americans safe. One life is worth more than all of the firearms in the world.