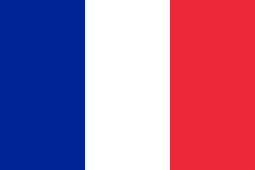 On April 25th, BHS was happy to welcome visitors from France to our school!

BHS received 12 students, between the ages of 11 and 13, who were accompanied by 3 adults. These students are from the Velizy region of Paris and are part of an organization called the Junior Association. The group spent 2 years fundraising for this trip and learning about New York. While here, they visited museums, went to a Broadway show, and even caught a baseball game!

Then each french student was paired up with one of Mrs. Anderson’s students and followed them to their 4th, 5th, and 6th period classes. These visitors spoke limited English and so the students paired with them had to put everything they had learned in class to the test in order to connect with them. They sang with the chorus, completed math equations, performed Macbeth, and read poems. Then the French students said goodbye to their new friends and reconvened for a typical American lunch – pizza and soda. The day went by too quickly and when asked what they thought of American school, the French students replied “C’est cool!”.

All in all, it was a wonderful day that both French and American students had been looking forward to and enjoyed greatly. This was a great opportunity for both groups of students to practice their foreign language skills with native speakers. It also allowed them to appreciate foreign language learning as a way to experience a new culture and be able to appreciate its similarities and differences.