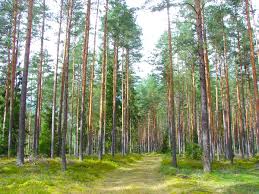 I’m standing at the edge of an unknown forest.
At first I saw a single path and yet
I did not continue for fear of what lie in the forest.
But I must continue onward and forward
Because the safe paved road I’ve traveled so far has disappeared.
Yet when I approach the forest once more, another path has appeared.
The first is laden with colorful berries, yet the road is long and winding.
The other looks bleak and barren, but seems to go straight through the forest.

I consider my options, not wanting to jump into something, to do something I’d regret.
So I spend the day exploring the two paths, and I’ve finally come to a decision
The first path is the one to choose.

I walk back to the paths, confident I’ve made the right choice.
But now many more paths appear, and all of them must be thoughtfully considered.
Besides, the second path was long, and the berries could be poisonous.

I travel only slightly in every path
Never willing to make a commitment
Never able to move forward.

And now more paths are appearing
In the tens and the hundreds
Offering a yellow brick road or a bridge through the trees or an underground tunnel.
And some of the paths look better than others
But it’s impossible to say for sure as I’ve never traveled very far down any path.

For years I’ve been searching for the perfect path
The one I recognized as mine as soon as I laid eyes upon it
The path I wouldn’t regret.

Lately the winds around me have picked up speed
It tries to push me into many different paths that I don’t know if I should travel.
It only means well
For I cannot live at the edge of the forest forever.
I must eventually move onward to the rest of my travels
Already the paths around me are beginning to fall into disrepair-
Many can no longer be traveled, becoming overgrown with roots or even withering away completely.
I fear my own indecisiveness has caused my perfect path to disappear from me forever.

The many travelers that pass through my camp are confident in their paths;
Some seem to be immediately called to one path, others take a day or so before deciding which way to move forward.
As much as I want to ask if each chose the right path, none have turned back to start again.
It makes me wonder if I’ll be able to try again should I choose a path that leaves me lost and confused.

Now, I sit by the forest all day and all night and I think and I think and I think.
I need to stop with all this thinking
I’ve already lost far too much time getting caught up in my own head and I need to choose a path So I can move forward and catch up to everyone else who long ago made their own decisions
And I can hear the clock ticking and I can see the paths closing far too quickly.

So why can’t I make up my mind?