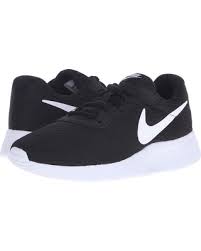 They were originally black, but now they’re so caked with dirt I don’t think black would be the right word to describe them
Maybe grey except they’re clearly not grey
No, they’re just dirty now.

That’s not to say I haven’t cleaned them
(And by “I”, I mean my mom)
But the washing machine seems to only cement the dirt in at this point.
And it’s cleaning only making the small holes that have formed from overuse and misuse grow to the point where they’re noticeable, which is odd because
Didn’t I buy them because they wouldn’t be noticeable in the first place?

Yes, those size ten Tanjun Women’s Running Sneakers,
The ones with the massive Nike Swoosh
And the layers of dirt
And the small holes that are quickly growing,
The shoes that have long outlasted any others I’ve ever owned,
My most constant and faithful companion ever since I bought them 3 years ago-
You know the ones?
They’re also the shoes I never really liked-
Not that I disliked them either.
I mean, it’s hard to form an opinion about something so bland and boring,
Something that basically every girl in a 5 mile radius owned.

But three years ago, that was the appeal.
I was (am?) so caught up with what others would think,
As if shoes are more than a way to protect my feet,
As if my, yes, somewhat embarrassing electric blue running shoes aren’t good enough,
As if anyone really cares about what anyone else wears in the first place.
So I bought the stupid shoes and I wore them
All. The. Time.

Looking back, I probably shouldn’t have bought the sneakers in the first place,
Except I’m glad I did.
Because even though I bought them from the wrong reasons, I’m wearing them right now for the right ones.
I’m wearing them, first of all, because they’re comfortable
I’m also wearing them because this morning they were right next to my door, which is convenient for a girl like me who is perpetually running late to something or other.
Mostly though, I’m wearing them because even though I could find other comfortable and convenient shoes, these are the shoes I’ve made many of the most important memories of my life in.

My sneakers and I, we’ve been through good times and and bad times,
To family parties and friends houses, boring classes and awful grades
To rainforests and castles and boardwalks and mountains
And supermarkets and movie theatres
And pumpkin picking and hiking.
Days I’ve walked 15 miles, days I’ve walked half a mile,
And everything in between.
Broken bones and sporting events,
Winning and losing and tieing
And happiness and sadness and love and hate and everything in between.
Again and again and again and again.

The funniest part of it all is that these sneakers I never even liked
But wore because I was too self-conscious not to,
Were there for so many of the things that shaped me
The events or people or places that made me me
The things that gave me the courage to wear whatever I want
And be whoever I want,
That the stupid sneakers grew on me.

So I kept wearing them.
Only now, I wear them because I want to wear them
And I don’t really care if you think they’re ugly, old or gorgeous,
Whether you think I’m a follower or if I have great taste,
Because that’s not the point.
The point is that they’re my shoes and I get to wear them if and when I want to-
At least until they (inevitably) fall apart.