Color the World! – The Pulsera Project 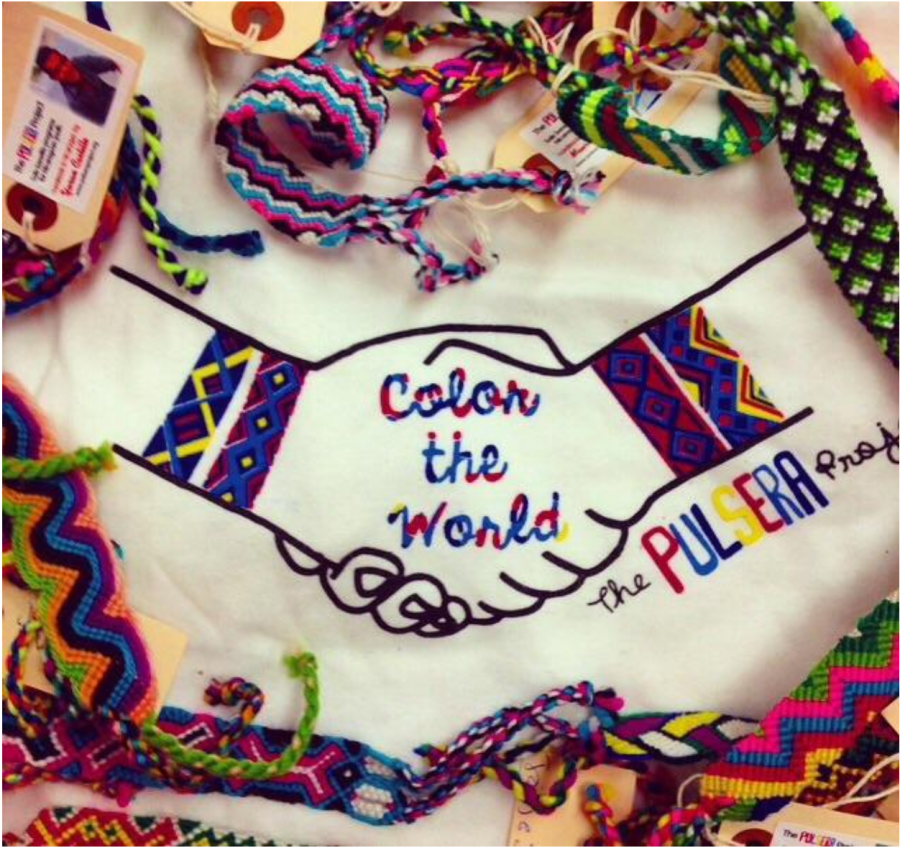 These past weeks, Babylon High School paired up with the Pulsera Project to raise money to aid communities in Central America. Members of student council went around selling beautiful pulseras (the spanish word for bracelets), handmade from artisans in Nicaragua and Guatemala. The students were excited to sell, and everybody was happy to show off their colorful pulseras!

The Pulsera Project is a non-profit organization that buys hand woven pulseras from nearly 200 artists in Nicaragua and Guatemala. They then take these pulseras and partner with students groups throughout the U.S to sell them in schools. Each pulsera costs $5 and comes with the name and a photo of the artist who made it. They then use this money to educate and empower communities in Central America by funding a number of projects and other organizations. They provide healthcare for all the pulsera artists and provide scholarships to those who want to pursue a course of study. They fund secondary-education programs, especially through “La Esperanza Granada”, which is a volunteer organization focused on improving the lives and education of impoverished children living in Granada, Nicaragua. Other organizations they sponsor with the proceeds from pulsera sales include “Si a la Vida!,” which runs youth shelters in Nicaragua, “La Isla Foundation,” a group that advocates for workers’ rights in Nicaragua, and “Solar Women of Totogalpa,” which is a women’s sustainable energy cooperative.

The Pulsera Project started in 2009, selling pulseras at a school in Pennsylvania, but has since then grown to involve students and teachers from more than 2,100 schools in the US. Volunteers have sold roughly 800,000 pulseras and raised more than $4,000,000 for the project’s mission. Student volunteers are able to give to communities in Central America, but they also receive. The Pulsera Project, in addition to funding communities in Central America, also educates many people about life in Nicaragua through documentary films, student travel writing, social media, school presentations, and photos that emphasize the positive side of life in developing nations. Students learn about economic poverty in Nicaragua, but also the rich culture full of easy rhythms, friendly people, and vibrant colors.

The Pulsera Project is wonderful organization that strives to create a just, uplifting, and colorful world. They try not to just help by giving things to people in need, but by empowering them with the skills, opportunities, and education that allow them to provide for themselves. The student council volunteers were happy to work for such a worthy cause and to help their mission of coloring the world!