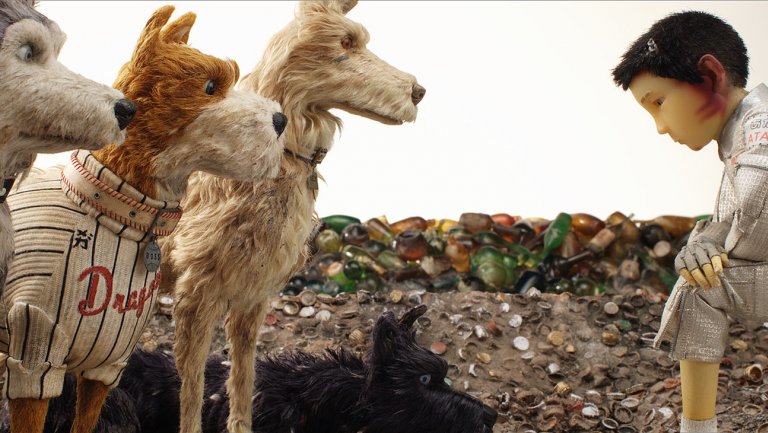 Have you ever heard of Wes Anderson? He is a movie director who has a very interesting style while filming. While other directors may just pass over quick scenes in a film, Anderson puts emphasis on certain things, and by doing this, it gives the audience a more memorable experience. Some of his films could include Fantastic Mr. Fox, Moonrise Kingdom, and The Grand Budapest Hotel. All these films show a unique type of filming, that seems more like an art than a movie. This may sound biased, but I believe Wes Anderson makes great movies because he puts importance into all scenarios that happen in the movie.

This year his new movie came out, The Isle of Dogs. The movie came out in March, but was only limited to certain theaters, and I couldn’t see it. The movie uses stop-motion animation, just like in Fantastic Mr. Fox, and again this may sound biased, but I think stop-motion is one of the greatest forms of art in film there ever was. This is because it requires you to make something that is man-made, and then give the impression that it’s alive. Some examples could include King Kong, The Beast from 20,000 Fathoms, and many more. Isle of Dogs has a terrific cast, with popular actors such as Bryan Cranston, Edward Norton, Bill Murray, Jeff Goldblum, and Scarlet Johansson. Anderson’s creative design on Japan in the movie is both entertaining and interesting. The fact that nearly everyone in the movie speaks Japanese is very interesting, because you would need to know Japanese to know what they’re saying. Of course, they still have a person speaking English over key things for the American audience to understand. This just shows how while directors may just have everyone speak English, Anderson follows up with the idea that they’re in Japan in the movie, and people speak Japanese. This is one of many examples that make Isle of Dogs a good movie.

The plot of the movie is very interesting. It takes place in future Japan, where dogs have become infected by diseases that seem threatening to mankind. Now this is one example of how Anderson’s techniques make the movie interesting. The film doesn’t just tell us what the diseases are, they show the dogs being affected by it. For example, one disease was Dog Flu, and it cuts to a sickly dog looking out over the trash wasteland he was sent too, and just quietly sneezes, as if you were there to see it. This is just one of many examples of how Anderson uses the environment to tell the story, and it is done perfectly. The Mayor of Japan, Mayor Kobayashi, sets out an Executive Decree, declaring all dogs be sent to Trash Island to prevent contamination. Now we as an audience learn of a very interesting backstory with Mayor Kobayashi. Kobayashi is a family member of the Kobayashi Dynasty, who ruled Feudal Japan a long time ago. The Kobayashi Clan were very devoted cat people and despised the dogs to the point where they tried to commit geocide on them. But it was the bravery of The Boy Samurai who stopped this attempt and killed the Kobayashi leader. Then the dogs repopulated, and the Kobayashi family continued to find a way to wipe out the dogs. This story still has so much more information about it. There is one theory pointed out in the movie by Jeff Goldblum’s Character, Duke, that Mayor Kobayashi created the dog diseases to kick out the dogs and inspire prejudice against them. This shows how dedicated Anderson is too the story of his movie. Now the dogs living on Trash Island form tribes and separate. One pack includes Bryan Cranston’s character, Chief, and other members such as Rex, King, Duke, and Boss. One day, a Japanese boy crash lands onto the Trash Island. The boy’s name is Atari Kobayashi, the warden to Mayor Kobayashi, and he went to the Island to find his lost dog Spots. Chief and his pack help Atari find his lost dog, and the movie is about them exploring the island to find the dog. There is so much that is happening in the movie that it’s impossible to right a 2-page review without overdoing it.

While Isle of Dogs is very good, it does have some problems. One would be how long the movie is. The movie doesn’t really have time to get to know Chief and his Pack, and it makes it feel rushed at times. While it is done well, it feels we could’ve learned more about these characters, especially Chief and his Pack. Despite the length of the movie beginning a bit short, it still gives us an entertaining movie.

Isle of Dogs is a wonderful movie that I would highly recommend. I do give warning though, that even though it’s a stop-motion animated movie, it is a PG-13 Movie, and there is actual swearing in the movie. I was surprised by the language used in the movie because of its overall setting. Overall, Isle of Dogs is a great movie, and I give it a solid 9.5.