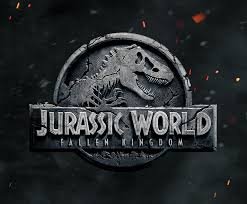 “If there’s one thing the history of evolution has taught us, it’s that life will not be contained. Life breaks free. It expands to new territories. It crashes through barriers. Painfully, maybe even… dangerously, but  and… well, there it is. I’m simply saying that life- finds a way”- Ian Malcolm (Jeff Goldblum), Jurassic Park 1993.

This quote from the 1993 original film, Jurassic Park, perfectly symbolizes the sequence of events that occur in Jurassic World: Fallen Kingdom. The movie has recently been treated very poorly by critics, with Rotten Tomatoes giving it 50%. Many complaints are that it copies too much from the other movies, with no original ideas. But others like it and let it pass by, seeing it as a common trend in the Jurassic Park/Jurassic World Movie Trilogy. I, being a personal fan of the movies, was a bit worried for this one to come out. I thought it was fine leaving it with Jurassic World to end the trilogy, because it was good and helped re-imagine the beauty of the original Jurassic Park, but in its own way. The story also ended strong with the new genetically modified hybrid, The Indominous Rex, fighting both the new Velociraptors (such as Blue) and the original T.Rex from the 1993 film. It felt like a fitting ending for the trilogy, but I remember being worried at the end of the film also. It showed Dr. Wu (the creator of the dinosaurs and the new hybrids) escaping the disaster with the DNA to make more dinosaurs.  I really was concerned with this because I thought, “What else could they possibly do?” Now we have Jurassic World: Fallen Kingdom, and it isn’t doing so well, and there are a couple of good reasons why.

The main problems with Jurassic World: Fallen Kingdom are Plot and Writing. The plot of Jurassic World: Fallen Kingdom at first really did interest me. From going to save the dinosaurs from an erupting volcano on the island Isla Nublar, to be a part of a larger conspiracy with the dinosaurs being sold at an auction, to then introduce the new genetically modified hybrid, The Indoraptor. It felt like the story would have so much going on, and more beyond it, with the dinosaurs escaping into the real world. But how the movie portrays it feels sloppy. There are so many questions and confusing details in the movie, that it makes it difficult to understand what is happening. For example, in the movie the main villains want to sell the dinosaurs for profit in the auction. There are a couple of problems with this situation. One is the question of, “Aren’t these people already rich? Why do they need more money?” Of course, they do explain that they’ll use the money as the foundation to continue research in new genetically modified weapons, such as The Indoraptor. But that also brings up another problem, why dinosaurs? Why use dinosaurs instead of guns and tanks and nuclear weapons? The movie shows us people wanting to buy these dinosaurs, but for what reason? The idea of replacing modern-day machinery and technology with living organisms that require more caring than a machine needs, seems very time-consuming and annoying. The only thing I could get if people wanted to use the dinosaurs in battle, is because they’re more agile and quicker than a tank. But again, I feel putting guns or weapons on the dinosaurs would be more beneficial rather than it goes out there with only it’s natural weapons while being shot at. The whole idea brings up so many questions, that it seems very unlikely anyone would want to buy or use a dinosaur. The writing of the movie is also very sloppy, with certain characters being very annoying, boring, and even stupid enough to cause more damage than the dinosaurs do. One final thing that is a problem with the movie, is the trailers. The trailers showed all the big scenes in the movie, and when you go see it, there is nothing new that seems interesting. All these problems are what people, including myself, are complaining about.

While there are a lot of problems in this movie, there are also some good things in Jurassic World: Fallen Kingdom. Some would include, the setting, and the dinosaurs. While the plot doesn’t really help show it, the overall setting of the movie is very interesting. From going to the original island that is about to be destroyed, to the mainland to unleash the new risen dinosaurs onto the world, is very interesting. The death of nostalgia, and the birth of new uncertain era. It’s just that the movie doesn’t really help explain it or show it to us. The main area in the film is the Lockwood Manor, owned by Benjamin Lockwood, and it’s a huge castle. The castle’s medieval outward appearance, with the museum artifacts and paintings, and the fossils and dinosaur exhibit in the Manor, with also the dark and creepy basement where the new hybrids are being made, makes this one of the coolest settings in all the Jurassic Park Movies. The dinosaurs are also pretty good. Using both Animatronics and C.G.I in the movie, gives us a good look at the dinosaurs. The dinosaur behavior is also good. For example, Blue the velociraptor’s relationship with Chris Pratt’s character, Owen Grady, is written and shown very well. The new hybrid dinosaur, The Indoraptor, is one of the coolest dinosaurs in the franchise. Despite just being a smaller size of the Indominous Rex in the previous movie, the Indoraptor has some cool moments. It feels as if you mixed Ridley Scott’s Alien with a dinosaur, and you get The Indoraptor. The return and action scenes with the T.Rex is always fun and enjoyable to see, but I wished they showed more of it. The one problem with these movies is that they try focus more on the human characters, and while most of the time they’re good, people want to see the dinosaurs. People want to see the dinosaurs hunting, killing, and fighting more than you see the human characters.

Jurassic World: Fallen Kingdom is an okay movie. It isn’t as great as Jurassic World, but it isn’t as bad as Jurassic Park 3. I was a little disappointed with this movie and many other fans as well. There is not much they can do, and people are just copying what previously happened. While there are some good parts, the problems exceed them by many. On a scale from 1-10, I give this movie a 7.5.