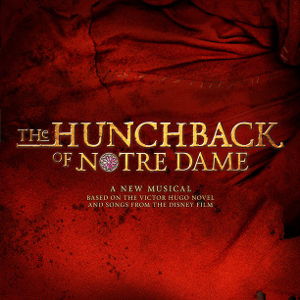 The Argyle Theater in Babylon has been having an amazing season so far. From its initial opening with the funny and colorful show Guys and Dolls, to the quirky and silly behavior of Hairspray, to the imaginative and heartwarming story of Peter and the Starcatcher, the Argyle Theater attracts all different types of people. I’ve personally been so grateful to be able to see these shows, for it’s just a great experience. Being a Babylon kid, being able to go into a theater right in the middle of your hometown, being able to walk into the front doors to be introduced to the theater lifestyle, is just a great time.  With the interesting and memorable pictures hanging up, and the overall simple-but-cool architecture, make it a great view to see. The overall entrance of the theater makes you prepared for some of the coolest shows you are going to see. And starting this month, The Hunchback of Notre Dame is playing in the theater.

The Hunchback of Notre Dame takes tribute from both Victor Hugo’s original novel and the legendary songs from the 1996 Disney film, originally developed by Disney Theatrical Productions, and combines them into a magnificent show. While it is greatly different from Argyle’s previous shows, it still has a lot to offer, and may even be a little bit better than the previous (though still great) shows. This is due to the great story and moral, the setting, the actors, and the great music by the orchestra and chorus.

The story is about the hunchback bell-ringer Quasimodo (played by Colin Anderson) who lives in the Notre Dame Cathedral in 15th-century Paris. While Quasimodo seeks to explore the outside world, his caretaker and archdeacon, Dom Claude Frollo (played by Ryan Speakman), prevents him. Frollo also desires to rid Paris of the gypsies, believing them to be evil devils, and wishes for them to be all destroyed. And so, a conflict arises when Quasimodo, Frollo, and the dashingly gallant Captain Phoebus de Martin (played by Leland Burnett), all fall victim to the mysterious Esmerelda (played by Gina Naomi Baez). This will throw Paris into chaos, and it is up to Quasimodo to save the day. The reason why the story works so well is because it gives a sad but good ending. The play isn’t afraid to tell the actual ending of the story, which is both sad and depressing, and it is done perfectly. It feels less like a magical show, and more of a tragic and powerful play. It shows us that not all stories have happy endings, and that is why the story is so good. The moral is also good, which explains people’s perceptions of monsters and evil, and how it can influence their actions. These perceptions and beliefs would sadly lead to many people’s deaths in the play. The story’s bitter-sweet ending is why it is so good.

The setting is probably one of the best set designs ever made by the Argyle Theater. It is ginormous, covering nearly the entire stage, and it looks like an actual Cathedral inside. With its beautiful Gothic architecture, the detail with the stairs, the colors of the floor describing certain scenes, the lighting, the curved windows, and the three bronze bells on top, make this one of the coolest sets ever made so far by the Argyle Theater. The amount of detail put in makes it so good, and it looks amazing.

The actors all do a great job playing their characters, but two I personally feel did a spectacular job were Colin Anderson’s Quasimodo and Ryan Speakman’s Frollo. Anderson does an amazing job playing Quasimodo, from how he walks, to how he talks, to how he acts and moves in quick gestures, and climbing around the hand-built Cathedral makes audiences believe that this is the real-life Quasimodo. People can relate to and care for this character and why he feels the way he does, and Anderson shows all of that and more perfectly. Speakman also does a great translation of Frollo’s character. This really did interest me, because in the Disney film, we only see Frollo as nothing more than a cruel man. But in this play, we slowly see the transition of a once-good man to a devious and wicked man, and for good reasons to motivate him. People could understand why this person would do the things he does, and they grow to hate him because of it, which is the goal of the character’s representation. You should hate Frollo for wanting to kill the gypsies, yet you can understand why he is doing this from the beginning. Speakman does a great job showing this, and that is why Frollo’s character is so great in the show. Both actors, and the others, have great solos during the songs which are both memorable and powerful.

But the heart of the show must be because of its music. The singing by the cast, the playing of the orchestra, and the singing of the chorus, gives us some of the greatest music of all time. From “Out There” to “Hellfire,” all these songs are noteworthy, and the people working the show do a great job doing it. It may not be known, but some Babylon Junior Senior High School students were in the show. Yes! People in our school sung in the chorus. These people include Aubrey Alvino, Delaney Ford, and Riley Ford. This is probably a great way to experience a theatrical production, and especially with a powerful show such as Hunchback. Everyone did a magnificent job with the music, and it is the heart of the show.

I would highly recommend seeing The Hunchback of Notre Dame while it is still being played in Argyle Theater. It is playing from November 8th-December 30th, 2018, and tickets are $74.00. If you ever need more information, go check out their website at argyletheatre.com.