Dear My 12 Year Old Self 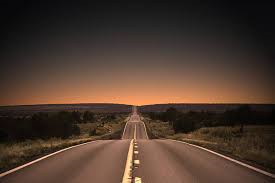 One day you’re going to look in the mirror and you’re not going to recognize yourself. You will see someone who is less linear and more angular, everything you used to despise but you’re now okay with it.

And, I hate to be the bearer of bad news, but it’s going to hurt.

You’ll go through more hardship in these next four years than imaginable. You’ll lose yourself, be beyond stressed in school work, fade away from friends, but in the end, it’ll all be okay. I promise you that.

You’re going to learn how to leave people and places that stress you out. You’ll figure out how to say no and how to get away from certain situations. And this will mean you have to say goodbye to some of the people you thought you’d be friends for life with, and although it’ll hurt like hell, it’ll be a lot less painful than staying.

You’ll learn that nobody is going to cause you more heartache than yourself. You’ll realize who you are and how to love yourself. And you’ll realize that where you’ve come from doesn’t affect where you’re going in life.

You’ll learn how to have control and manage your time. You’ll figure out that leaving a weeks worth of homework for the night before it’s due is never a good idea, the same as how binging on food now so you can’t eat it later is also a bad idea.