Castle by the Sea 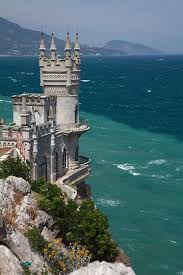 In a far away land, known by only me,

Is an ancient castle, resting by the sea.

There was once a day, where there was only happiness and fun.

Pillars as tall as trees, with vines climbing the walls,

And portals of the forests, seas, and people of time, hang on the narrow walls.

As the Treasure Room that dug into the Earth, holds the nation’s physical riches.

A king by no name,

But there is a claim,

That it was famed.

No one knows who lived here,

The knowledge is so mere,

And the cause of destruction refuses to appear.

Some say it was the King,

The bells in his head began to Ring.

Some say it was a Army of Seth (God of Chaos),

Marching from the North, leading to destruction and death.

Some say it was Fire Drake, a beast from a world turned,

Who flew to the City and brought flames, leading to burned.

But while some people cry,

And others want to know why.

But it is written that everyone would see the malice,

Beauty, heart, and history of this Ancient Palace.