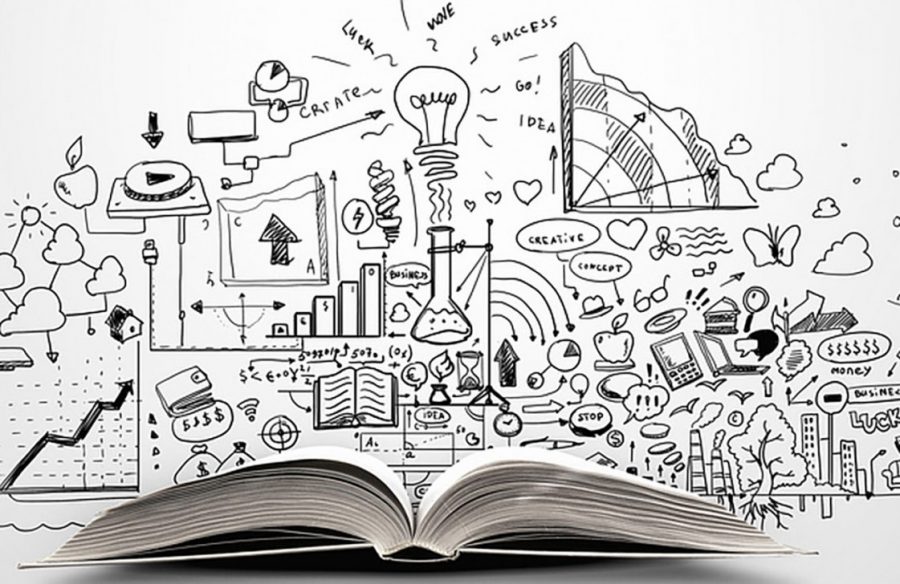 Schizophrenia, which was first defined by Eugen Bleuler, translates to the splitting of the mind, and it is a severe mental disorder that impacts millions of people worldwide, regardless of their race or gender. Although there are many ways to treat this disorder and some ways to prevent it, the symptoms of it are still very drastic and there are currently lots of complications associated with schizophrenia and the relapses of it. Also, many people suffering from one of the several types of schizophrenia are unaware of it or go untreated. Some go untreated for this disorder due to treatment being expensive, but there are also many other reasons as to why some don’t seek help. One controversial topic concerning schizophrenia is the argument regarding if it’s caused by environmental or genetic factors. This is controversial because it’s seen in some patients that schizophrenia runs in their family, while in others it’s seen to be caused by physical trauma or other factors, such as drugs.

Schizophrenia is defined as a chronic to severe mental disorder, meaning that it is a major mental disorder that must be diagnosed by a licensed medical health professional (US Legal, Inc). Chronic mental illness means that the person battling the disorder has serious problems in areas of work, family, variations in his or her thinking, mentality state, or mood. Schizophrenia affects how a person thinks, feels, and behaves. Although schizophrenia is not as common as other mental disorders, such as depression or eating disorders, the symptoms are considered to be very disabling. People with schizophrenia seem to have “lost touch” with certain aspects of reality and to have disruptions in normal emotions and behaviors. (Recovery Brands LLC).

The symptoms of schizophrenia fall into three categories, and these categories are positive, negative, and cognitive. “Positive” symptoms are behaviors that are generally not seen in healthy people. These symptoms include hallucinations, delusions, thought disorders, and movement disorders. Hallucinations are when someone sees, hears, smells, taste, or feels things that don’t actually exist (NHS). The most common form of hallucinations for people with schizophrenia is to hear things that don’t exist outside of their minds. A delusion is a belief in something that isn’t true, and they’re usually accompanied by hallucinations (Medical Dictionary). Thought disorders are described as unusual or dysfunctional ways of thinking, and movement disorders described as are agitated body movements (Medical Dictionary). “Negative” symptoms are those that are disruptions to normal emotions and behaviors. These include reduced feelings of happiness and speaking, difficulty beginning or sustaining activities, and the “flat affect.” The flat affect is described as a reduction in facial expressions and voce tones to express emotions (Harrison). Cognitive symptoms are those which affect memory and other aspects of thinking. These include poor executive functioning, or the inability to understand information, trouble focusing, and issues with the ability to use information immediately after learning it. For some patients, these symptoms are subtle but for others they’re more severe. (Roizen).

There are many different theorized causes of schizophrenia, but doctors and scientists are unsure of the actual cause. One of these theorized causes is genetics. Schizophrenia is only present in 1% of the population, however, 10% of people who have a first-degree relative, such as a parent or sibling, with schizophrenia also have the illness. Chances are higher (40%) if both your parents have schizophrenia, and chances of having this illness are highest (50%) if you have an identical twin with schizophrenia. Additionally, it’s also more common for people to have schizophrenia if they have a second-degree relative, such as an aunt, uncle, cousin, or grandparent, verses people who have no family members with the disorder. However, some people with schizophrenia have no family history of it. In these cases, some scientists believe that a gene change would make this condition more likely. Additionally, many doctors don’t believe that there’s only one gene that causes schizophrenia. Instead, it’s theorized that it takes many mutations, or genetic changes, to increase your changes of having this illness. This is theorized because many genes play a role in your odds of getting schizophrenia. Usually several small changes that add up are what increases these risks, and these genetic differences involve hundreds of different genes and gene mutations, which probably disrupt brain development, but overall doctors aren’t sure how genetic changes lead to schizophrenia. (WedMD).

More recent studies suggest that schizophrenia may result in part when a lack of dopamine is made in the brain due to a certain gene, that’s responsible for making important brain chemicals, malfunctioning. It’s theorized that this problem affects the part of the brain that is needed to develop higher functioning skills (Janicak). Also, it’s predicted that it takes more than just one gene to cause the disorder. (Schizophrenia.com).

There are also environmental theories regarding what causes schizophrenia. Some of these include malnutrition during pregnancy or exposure to certain viruses. Research suggests that exposure to certain viral infections before birth could increase chances of developing this illness. Additionally, complications during birth, such as an expecting mother not eating properly, not having proper nutrition, or a brain injury, especially during the first 6 months of the pregnancy, is theorized to impact a child’s chances of getting schizophrenia. However, these theories haven’t been proven by scientific studies. (WedMD).

Some scientists theorize that it takes a combination of both genes and the environment for schizophrenia to develop. This means that one can’t develop schizophrenia from just having the genetic component seen in many patients battling this illness. This also suggests that an unhealthy and unfit environment, along with other psychosocial factors, can’t be the only cause schizophrenia in a person. This theory would explain why some family members have the disorder, while other don’t. It also explains why some people having an unfit environment develop schizophrenia while other in the same situation don’t. The theory that this disorder is caused by both genetics as well as the environment is currently the most popular theory of what causes schizophrenia. Some researchers even believe that the environment effects the development of schizophrenia by triggering the disorder in people who have genes that seem to increase the risk of it. These genes include DISC1, Dysbindin, Neuregulin and G72 genes, but it’s estimated that up a dozen or more genes may be involved. (Janicak).

Certain drugs also increase chances of developing schizophrenia. These drugs include LSD and other mind-altering drugs. This is because these drugs are psychoactive or psychotropic drugs, meaning that they have symptoms such as hallucinations and delusions. Some research shows that marijuana has a similar risk, but that risk isn’t as serve in marijuana as it is in other mind-altering drugs. The younger someone starts taking drugs and the more often they’re taken, the more likely the person has a chance of developing schizophrenia or symptoms of it. (WedMD).

Statistically speaking, this disease typically begins in early adulthood between the ages of 15 and 25. Symptoms generally begin earlier in men than women, with the average age for symptoms to appear is 18 for men and 25 for women. Usually, children under 10 and adults over 40 who’ve never had schizophrenia won’t develop it. Also, hospitalization for schizophrenia in both men and women is the highest rate between ages 15 and 40. (Schizophrenia.com).

Not only is schizophrenia a devastating disorder for those affected, but it’s also very costly and expensive. The overall price of this disorder was estimated to be $62.7 billion, with $22.7 billion excess direct health care cost (Wu, Eric Q, et al.). These costs include $7.0 billion outpatient, $5.0 billion drugs, $2.8 billion inpatient, $8.0 billion long-term care. In addition to these costs, there’s also additional expenses put into research for new treatments, such as new medications and therapies. Currently, there are over 15 medicines for schizophrenia developed by biotechs and pharmaceutical companies (NIMH). Also, new psycho-social treatments and cognitive therapies are being improved daily. Although large amounts of money go into this disease, it hasn’t been enough. Previously, it had been estimated that if the appropriate level of investment was made in research, a cure would have been found by 2013. However, schizophrenia research only receives a small fraction of the amount of medical research investments as compared to other serious diseases and disorders. (Schiozphenia.com).

As of 1996, this illness was among the top 10 disabilities in developed countries worldwide, but currently new developments in medication and other treatments has made schizophrenia livable (Schizophrenia.com). A lot of research has gone into how to prevent this illness, and it’s been discovered that one of the most easily avoided factors linked to development of schizophrenia is to avoid the use of brain-altering street drugs (WebMD). Also, the earlier schizophrenia is diagnosed and treated, the better the outcome of the person and the better the recovery. Usually, anti-psychotic medications are the recommended form of treatment for schizophrenia (NIMH).

Also, about half of people with severe mental illness, such as schizophrenia, do not seek treatment, and about 55% of those not receiving treatment are unaware of their illness (Schizophrenia.com). Studies show that the 45% that are aware of their illness but still refuse treatment don’t get help because 32% wanting to solve the problem on their own, 27% thought the problem would get better by itself, 20% said treatment was too expensive, 18% were unsure where to go for help, 17% thought that treatment would not help, and 16% claimed that their health insurance would not cover the treatment expenses (Carroll).

The word schizophrenia was first used by Eugen Bleuler, a Swiss psychiatrist and eugenicist, in 1908. He used this word to describe the separation of personality, thinking, memory, and perception. He formally shared this term on April 24th of 1908 during a lecture at a psychiatric conference in Berlin, and it was published that same year. Bleuler further explained and expanded schizophrenia in a monograph in 1911. Some argue that this disease has always existed and was only “discovered” in the 1900s. It’s thought that early cases of “madness” or “insanity” is what would now be diagnosed as schizophrenia. Also, reports of schizophrenia-like symptoms are considered to be rare in history before the 19th century, but behaviors described as irrational, unintelligible, and uncontrolled were common. (Wikimedia).

Personally, I believe that schizophrenia is caused by a combination of both environmental and genetic factors. In addition to my research, I’ve noticed that most mental illness, such as depression, are thought to be caused by the environment and genetics. For some people, mental illnesses run in their family, and for others, their mental state is based on the environment in which they live or grew up in. Before writing this paper, I had a lot of knowledge on mental disorders because I’ve had depression and an eating disorder for about 5 years now (I’m being treated for it), so I know that many illnesses can either be caused by chemicals in the brain not being balanced or from trauma. I chose to write my paper on this topic because I think that learning about mental illnesses are fascinating, but I didn’t want to research one that I have or had in the past, simply because that’d be too emotionally challenging to write.

In conclusion, schizophrenia is a serious illness of the brain that affects millions of people and should not go untreated due to its drastic symptoms, complications, and relapse rates. The cause of this disorder is still unknown, but it’s theorized to be due to both genetic and environmental components. The question whether schizophrenia is caused by genetic or environmental factors is controversial because in some patients it’s seen that this disorder runs in their family while in others its seen to be caused from trauma. Hopefully in the future, after better treatment developments and more research, the cause of schizophrenia will be known, and it will become curable.

Kuhar, Michael. “Neurotransmitters: The Chemical Messengers in the Brain – Drugs & How the Brain

Wu, Eric Q, et al. “The Economic Burden of Schizophrenia in the United States in 2002.” The Journal of