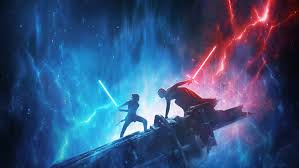 Throughout 40 years, Star Wars has become one of the most popular brands of media in the world. The popular movie franchise branched out into successful areas in books, video games, and especially toys and action figures. A yearly comic-con type-event related to everything Star Wars was created, and May the 4th became an official Star Wars day. With the last movie to finish the Skywalker Saga just being released, and since I’m too a big fan of the series, I wanted to give my opinion on what makes a good Star Wars movie. Since Star Wars attracts a huge audience, it is sometimes difficult what exact things people like. Some say the enjoy the prequels while others hate them. Some say the sequels were great where others say they are horrible. In order to define the basics for a good Star Wars content, the best source is in the original movie that started it all, Episode IV: A New Hope.

Back in the 70s, no one knew Star Wars would become a huge hit. A lot of people from Fox Studios (even the cast themselves), thought that George Lucas’s movie would flop at the box office. Lucas’s original idea for the movie was a homage to the Flash Gordon series, western films, and samurai films. Despite all of the negative feedback for release, why did the movie do so good in the box office? I personally came up for a couple of good reasons.

The Characters: The most important part of a movie are the characters because they are the ones who we are either rooting for or enjoying how evil they are. The characters also must be either relatable, interesting, or both. We can all connect with the dream-filled Luke Skywalker, the savvy and cool Han Solo, and the fierceness and heart of Princess Leia. In the first movie however, the characters are developed only a little bit, and mostly focus on the adventure they go through. I personally feel that is what makes the characters even more likeable, because we are seeing their point of views on the event and their reactions. A important part of developing characters is to show not tell. While the first movie lacked this, the follow up Empire would define the characters. The characters also have to be interesting. We can all relate to the antics of C-3P0 and R2D2, the wise words of Yoda and Obi-Wan, and the absolute charm of Lando. What makes Star Wars so good is that it involves developed characters in a fully developed world.
The Story: The stories of the Star Wars movies have to be interesting, but must try to avoid repeating what was already done. That is why Episodes 7 8 and 9 get a lot of criticism, because they are constantly repeating elements that have already been done before. The story has to be both interesting, but not to complicated that it is difficult to understand and in so becomes boring. That is why Episodes 1 and 2 suffer the most from. Their emphasis on politics in a imaginary world where they could be focusing on other more interesting things makes them loose their touch. The original three movies have perfect stories. Episode 4 involves the coming together of characters to face down a evil force that threatens the galaxy (in this case the Death Star). Episode 5 involves the characters developing and learning more about themselves as they try to survive a relentless force of evil (in this case Darth Vader). Episode 6 combines all of the things the characters have faced and went through before, and face against the final enemy in a epic conclusive battle (In this case the Emperor). It is important for the stories of Star Wars to have an arc or a continuity among them. One of the reasons why the new movies fail is because the stories are all over the place, and it isn’t interesting.
Memorable Moments: One of the reasons why Star Wars is so popular is because it has a lot of famous and amazing scenes that a lot of people remember from the movies. It is important to include a couple of those moments in the movies, so it can give the movie some weight and heart to it. For example, everyone remembers the intense fight between Darth Maul, Obi-Won and Qui-Gon, and that makes Episode 1 memorable. A New Hope has a lot of memorable moments, and it is a very interesting movie to watch. Return of the Jedi has the amazing performance of the Emperor, the final battle, and Darth Vader’s redemption by throwing the Emperor down a shaft. All of the Star Wars movies have highlights that are built up throughout the movie, and it is an important part to add while making the movie.

The reason why Star Wars is so popular is because it combines all different forms of entertainment into an epic sci-fi story. All of the movies play out as if they were part of one larger story, and that is why it is so memorable.