To Kill A Mockingbird Fan Fiction 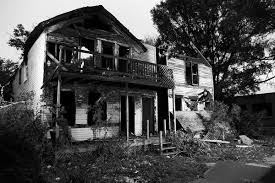 The kids first snow, Scout screamed once she saw it, her face was funny, just as Arthur had told me when he visited not long ago, when she came tumblin’ out that tire, scared though, I was surprised when he told me, she didn’t seem to be a person who would listen to all those crazy stories, I told Arthur those boys just got into her head, rotten Jem and Dill.

Arthur and I love to watch them try to figure things out, even as they put on those rude shows about Arthur, I was never in them, did nobody know, I’m so glad. I’d get hell if it got out, Arthur and I had always been friends but we’ve grown to something more, with all that we’ve been through. Arthur comes out to visit me weekly, when all is quiet. We plan to get married when the townspeople stop spreadn’ their rumors.

That night Arthur came to visit me and we made a crazy decision, we were going to burn down the house.

“I hate this old barn of a house, if I could get rid of it, I’d watch it burn, and replace it with a small prairie house, with a large, beautiful garden. I’d do anything to get rid of it.’’

“Then let’s do it, let’s burn it all down, build something new, I can get out of that dump, and live at the fantasy, and help with the garden, and we can get married.”

We thought it as an extraordinary idea, the biggest we’ve had in all these years. A dream come true, and we did it, took the wood, and planted it in the middle of the house. Arthur went to get blankets as I looked for a match, I looked high and low and finally found it. Arthur lit it as I ran out the door, he was ok though.

He ran to his house as the fire started up so no one knew we had started it. The flames catched easily, I ran to the front of the house, screaming to make it look real.

Everybody came out looking confused and afraid, men started to run into the house to grab furniture. I stood with Atticus and watched, now horrified at what I had done. Then I saw Arthur and knew it was for good reason, Arthur was wrapping Scout with a blanket, she didn’t even realize, she was watching men jumping from the fire.

I put all these people in danger, dear Scout was horrified, just seeing her face made me cry. I lost my garden, even though it will be replaced by a larger garden.

The fire trucks were coming now, started to put out the fire, it drizzled out quickly. I wish I hadn’t done it, now I’ll have to stay with Miss Stephanie, she’s such a liar, telling all those stories about Arthur.

The drama ended so I spent my days at Miss Stephanie’s, she’s been trying to steal my recipe, but she’ll never find out.

The kids found me in my yard, wanted to know how I was feeling. I’m not sure but I didn’t tell’em that. My hands were dirty and covered with dry blood, it was freezen’ out here. The company of the kids helped me though, those kids really care, especially with what’s happenin’ with Mr. Finch lately. They asked me if I was greivin’.

I said, “Why’d I be greiving? I’ve always hated that house, now I can have the big garden I’ve been wantn’.”

I suppose I looked a little crazy, while we were taking, I had been just thinking about what had happen, what I had done. That’s when they left, when they saw the craziness. That Scout knew I wasn’t crazy, but she also knew I wasn’t okay.