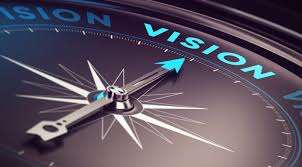 I believe that you should never prioritize your own convenience over that of others. Think back to your last bad day. The last time you felt truly awful. The time you just thought that your day had hit rock bottom, and it couldn’t get any worse. Now think of the last time you helped someone. Maybe they dropped something, or they gave you back too much change and you made them aware. Whatever it was, it improved someone’s day, even if just a little. It probably improved yours too, just in the slightest. Putting a smile on someone’s face is one of the most productive things anyone could do in a day, and it takes only the tiniest suggestion of effort.

Many people go along with the day confronting only the challenges that confront them first. They do only what’s in their best interest, and never bear the thought of what might be causing their neighbor to toss and turn at night. It’s a self-centered mindset we share, which results in the self-centered society that we all take part in each day. Forget the cliché with the elderly man crossing the road and take a look at your own grandparents. Look at your neighbors. Look at your acquaintances. Look at those individuals who you encounter on a daily basis. These are the people whose lives you have the opportunity to change. That’s something worth taking note of. You have the opportunity to be an instrumental figure in the lives of anyone and everyone you come into contact on a daily basis. You have the opportunity to change the world.

What many people need in their lives, whether they care to admit it or not, is help, and although we all go about our lives with what we feel is a clear sense of independence and lack of reliance, in reality we all need each other. Helping out your fellow citizen doesn’t require you to attend to the every need of each person with which you cross paths, but rather it’s the thought that counts. That person you noticed was having a bad day could probably use a smile and a nod. That neighbor visiting her sister in the hospital out of state might need someone to pick up her mail. That family member could need some help retrieving the groceries from the car. That friend who tears themself up over everything might appreciate someone just asking if they’re okay. It’s the little things that matter. It’s the little things that put a smile on someone’s face. It’s the little things that change the world.

Realizing one’s impact on the lives of others is the key to making the world a better place Everyone has to do their part for the continued prosperity in the world, but some do that and a little more. Some go above and beyond to change a person’s day, each and every day. I remember a specific moment on the first day of kindergarten, where I stood outside my classroom, on the verge of tears, too fearful to enter my classroom. A woman walking by was kind enough to take a few seconds to comfort me and walk me in, and the fact that I remember that woman nine years later, and the two minutes she took from her day to put a smile on a young girls face shows the impact a small act makes on someone’s day or even their life. It doesn’t take money or extensive effort to give someone a hand. It only takes a wisp of effort and a decent quantity of hope and faith in your fellow human. It doesn’t take much to make someone’s day. It doesn’t take much to make someone a little bit happier. It doesn’t take much to change the world.