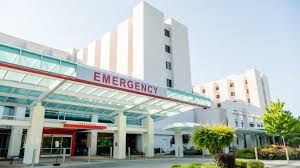 I’ve done it. I’m a damn genius and soon the world will say it. Well, aside from those morons at court. Can you believe it? They said that I’m not guilty due to ‘insanity’. Imagine that! Me, insane, haha. You know what’s even more ridiculous? I was charged with killing my children! All 3 of them! Do they not know how much had to deal with while they were there? Why would I kill them after dealing with them for so long? Normal people would understand, but they don’t. Well of course not, they’re morons.

Anyway, I’ve done it. I’ve found a place where I am safe. It can’t find me here. Oh and this place! This place is amazing! Quite possibly the bestest place ever.

Hmph. It was so easy to escape. Too easy. They could’ve just left the door wide open—

Ok, you can sense my little white lie. I haven’t REALLY escaped, but I am free—

As warden of my current living space, I have made a really big decision, I—haha, silly me, didn’t even say where I am. I have found safety in Danvers State Hospital. Now M, I know what you’re thinking. How can a hospital be the bestest place known to man? You only say that because you have no idea how beautiful the basement is. It used to be a hospital floor, but it seems they’ve stopped using it. This is where I escaped to.

I know you wanted me in the ward, but if we’re being serious, I’m still in a psych ward. Just not a populated one, haha.—Jeez M, live a little. ANYWAY, I’ve made a big decision: I’m going to live here forever! I know you’re thinking this is probably a bad idea, but I love the silence. No insolent crying from spoiled children or the early morning wakeup calls from my ungrateful little rats. Just silence.

Insolent. My wife taught me that word. She always thought she was smarter than me because she knew bigger words. What an idiot.

I’ve taken up exploring. I’ve noticed that the west wing is spotless. No dust bunnies. Nothing out of place. It’s weird, but nothing that’ll scare me—speaking of fun adventures, I found a room. Don’t look at me like that. I know you think I find lots of rooms every day, but I’ve limited myself to 3 per day. If I checked any more than that, I’d miss the most important parts—gosh darling stop distracting me. I found a room. This room is special. This room is fully prepped for surgery. I can use the knives to sharpen my pencil! It’s also the only room where the electricity is working. It’s weird, but nothing that’ll scare me. You know, I was thinking that I should stay in that room, but then that would make me seem like a patient. And I am NOT a patient. Never have been, never will be. Oh! Well, except for those three days after my trial haha. Before I escaped.

It can’t find me here. I love it here.

Today was weird. I heard some voices coming from the west wing, but when I went to go see if there was anyone there, it was empty. It was weird, but nothing that’ll scare me.

I heard them again. In the west wing of my living space. I’ve put an end to my exploration. I have to get rid of the intruders, somehow. It’s two men. One sounds like an old man, and the other sounds like that Ren boy that Kevin Bacon played in that dancing moving. Came out in February or March I think. It was really very sissy, but my wife wanted to see it. Oh, how she loved that movie. God, I hate her.

I’m so happy I met you my love.

I listened today. They have some sort of illegal thing going on. They’re selling prescription slips to people. Giving them away like they’re candy. Really expensive candy. They spoke about a child they sold one to. A child. It’s terrible. How can anyone do that to a child?

I’ve made another big decision (This one’s pretty good. A real display of my smarts): I, sir Billings, haha, have decided to show myself to the intruders and DEMAND that they never come back.

I know, it’s brilliant! Positively Marvelous! One of my bestest moments ever.

I’m not crazy. DO NOT CALL ME CRAZY! Listen, I know you think I’m crazy but you have to believe me. I’m not alone here—I can’t be—I heard them last night arguing over morals and whatnot. Please. Believe me.

—maybe it found me, maybe it’s coming for me this time—

I heard them; I promise.

They were here today. I didn’t show myself. What if it sent them? It could have found me. I couldn’t take any chances. I listened though. Mini Kevin Bacon mentioned children again. You know I had children. They were pesky little things. Woke me up at 3 AM screaming nonsense, vomited all over my clothes, cried anytime I tried to carry them. The most spoiled little creatures on earth. They’re gone now.

The old man goes by Richard. He’s the brain. Kevin Bacon goes by Sheridan. They’re a pair of heartless old fools. Sheridan is the seller. He’s been trying to stop the operation the whole time. And yet, he started it. He was the one who convinced the doc. Richard is the doctor. Ugh. Thinks that just because he went to school, he’s better than me—smarter than me! Well he’s not, I’ve got smarts to last me 3 lifetimes.

It’s back. I haven’t been able to leave my room. I don’t know how it found me. But it’s here. Its claws scraped the walls, leaving flecks of dirt from under the nails. It’s coming from the west wing. It’s moving closer—It’s lies. It’s all lies. It all doesn’t matter. It’s the intruders fault that it’s here. I need to fix this. NOW.

You worthless, good for nothing, WRETCHED PIECE OF SPACE! This is all your fault, Merelyn. ALL OF IT! If you hadn’t gone and married that MORON, I would be with you now, and we would be happy. If you LET ME FOCUS, I might have noticed WHEN IT GOT HERE!—I could have escaped, M. It’s too late now. It’s all your fault.

The doctor needs to go away. He’s the one behind it all. It’s all his fault. He knew I was here. He led it to me. He let it find me. He has RUINED me, and he will pay.

It’s safe now. You can come be with me now. Sheridan, the old doc and I met today. They were surprised to see how much I knew about their operation. You want to know what he did? Mr. Big Shot started attacking me. ATTACKING ME! IN MY OWN HOME! Well, you know what, joke’s on them. I knew my own home better than they did, duh. It makes sense why it was so easy to get rid of them. Run to the room. Grab the knife. Sharpen my pencil. Bam—dead like a sucker, haha. They really thought he had me! The both of them!

I left them on the floor. They lie still there, together.

Its teasing me M. It speaks to me now, telling me my time is coming. He tells me I’m being punished for my actions. I don’t know what I’ve done to deserve this. This wouldn’t be happening if you were here. If you hadn’t been such a woman! God you’re so sensitive! So stubborn. If it weren’t for you, I would be safe.