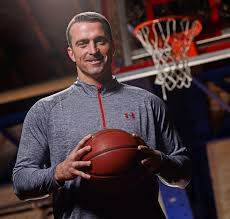 In the documentary “Unguarded” by Jonathan Hock, we follow the life of Chris Herren and how he struggled with a long-term drug addiction. The biography goes into darker details of his experiences and gives the viewer something to think about. One big influence on him to do drugs during his teen years was his hometown. As long as you won games and did it in secret, the town didn’t regulate drug use (in fact, the town was known for its “Drinks, drugs, fight” motto). He struggled for the longest time, but thankfully overcame his addiction and received chips from AA. These meant more to him than any of his NBA trophies, since it was a battle he had been trying his hardest to defeat. Basketball was his passion, so succeeding in that didn’t mean as much as fixing his relationship with his family and friends. Speaking of which, his family/friends were the ones most affected by Chris’s addiction because it changed who he once was. Nothing but disappointment came from his wife Heather and his peers in the NBA every time he overdosed. His old friends were the enablers in his life since they first introduced him to drugs. This documentary in particular spoke to me in a different way than most other anti-drug presentations. Instead of stating specifically the health effects drugs can have on a person, we got to hear the life story of how drugs slowly broke a poor man’s life. It demonstrated his emotions during those rough times quite efficiently and is a great way to show the irreversible effects drugs can have on your loved ones. This documentary is one I will remember. As for my feelings on people who do drugs, even though I still believe it’s idiotic, I now know that they have their own story and deserve all the help they can get to overcome their addiction. I think that Chris Herren would have been just as good a basketball player without drugs due to him practicing constantly and working hard. There are most likely many professional athletes who use drugs, usually to give them a boost for prepping for/playing games. For years I dreamed of becoming famous doing something I love (preferably with art) and the fact that Chris achieved his dream is amazing. It couldn’t be more ironic that he lived his dream at one of the worst points in his life, and that’s why his story should be told to more people.