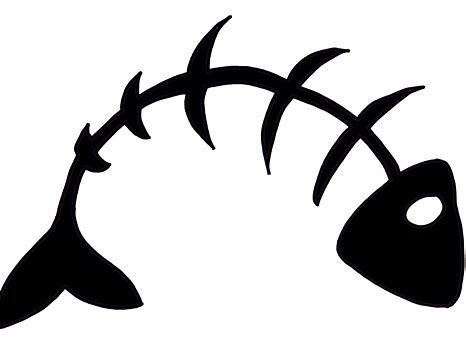 Will Black rose out of bed. It was just an ordinary day. He had to go to school. He ate his breakfast, packed his bag and got dressed; all while half asleep. When he was done, he looked at the clock to see that the time was 6:57! He had to leave almost immediately so he wouldn’t be late. He sprinted out the door while saying goodbye to his father, who was getting ready to go work. This is almost exactly how his mornings were every day.

As he jogged to school, he decided to take a shortcut through the pier. The pier was near his house, and it led almost directly to his school. It would have been silly to continue his way down the sidewalk, as it would’ve cost him 15 minutes.

This is what Colton, Maine was known for, Lobster Pier. Lobster Pier was a popular location for fishing, crabbing and boating. However, it was completely deserted at this hour. Will was the only person in sight. It was ominous. The saltwater smell was very strong. A thick layer of fog made it difficult to see more than 10 feet ahead. Due to the overcast, it was almost as dark as night.

Will took a minute to rest. The only things he could hear was the sound of his heavy breaths, the calls of seagulls above, and the gentle waves of the bay. It was Lobster Bay. It’s water always appeared to be an inky black. There are many urban legends surrounding this bay. Some people say that Sea Serpents dwell in it’s darkest depths. Others say that a ghost of an old woman drowns young men that dare swim too far from the shore. Will always was afraid of the bay; not because of those legends, but because there was something strangely unsettling about it.

He glanced over at the dark body of water. He always chills every time he saw it. Almost as if he were in a trance, he walked up to the railing and peered over the edge. The dark waves slowly danced below him. The bay must be very deep, and cold. Will kept staring into the dark depths, almost as if he were waiting for a pair of eyes to appear. Suddenly, something grabbed his shoulder!

It was just his friend, Jessie Jackson. “Jessie, you scared the shit out of me!” Will snapped at him as he took a few steps back. “Chill dude! I was just trying to get your attention! You thought I was a Fishman, didn’t you?” Will rolled his eyes. Fishmen were another urban legend associated with the bay. They were anthropomorphic fish-like creatures, who had the ability to disguise themselves as humans. “Jessie, how many times have I told you? They are not real! There’s no such thing!” Jessie just smiled back. “They are real, Will. Remember that woman who used to live around here? I think her name was Vicki. She left to go on vacation years ago, and she still hasn’t returned. We all know she was really kidnapped by Fishmen.” Will rolled his eyes again. “You are so gullible! She didn’t get kidnapped by Fishmen! No one did!” “Actually, I think Mr. Badger is a Fishman.” Mr. Badger was their grumpy algebra teacher. Will couldn’t take this nonsense anymore. “Mr. Badger isn’t a-never mind! I don’t want to talk about this anymore. Let’s just get to school.”

The two approached the large brick building. It was shrouded in the fog. They waited along with all the many other students to be let in. Eventually, the rusted metal school bell rang ear-piercingly loud, signally that the school day has officially begun. All the students entered through the main hallway. The yellow, fluorescent lights dimly flickered above. The trophy case still sat at the side, collecting nothing but dust. The 20-year-old vending machine was fully stocked with Fantas and Gatorades, but it unfortunately never worked.

As usual, their whole day dragged. Especially the last period. That’s when they had Mr. Badger for Algebra II. Mr. Badger was a tall, slim man. He always wore dark clothes. His long, gray hair was tied back into a ponytail. He was always very serious. No one talked during his class. For some reason, of all his students, he hated Will the most. He’d always scold him in front of the class. This was probably since he got the lowest grades in the class. The final bell rang, everyone was happy to leave that class.

Later that night, Will laid in bed. He wasn’t quite ready to fall asleep yet, but he still wanted to rest. All his homework was done; so he just wanted to lay in bed, eat Doritos and binge-watch Amazing Stories. Suddenly, he felt his phone vibrating on his lap. It was Jessie calling. He nervously answered. Jessie never called him. In fact, he said he would only call him if something bad happened.

Just as Will put the phone to his ear, Jessie hollered: “Will! I heard that Mr. Badger is trying to kill you! Don’t go to school tomorrow! Please! Will? You there?” Yet again, Will didn’t want to deal with this. “Enough Jessie! No more of your crazy stories! Goodbye!” Will hung up on him and continued doing what he was doing.

The next day, as Will was leaving his house to go to school, he saw Jessie standing in his front yard. “Uh…Jessie. What are you doing here?” Will questioned him. “Oh; I didn’t think you were going to school today, because of Mr. Badger. Since your parents weren’t home, I felt like giving you a quick visit before school.” Will rolled his eyes. “Look. Your rumor isn’t going to scare me away from school. Okay?” Like the day before, they both decided to walk to school together.

They reached the pier once again. Will had plans to cross it, but Jessie stopped him. He pointed out that the only person on the pier was Sheridan, the local creep, and he didn’t feel safe getting too close to him. “Do you think he’s a Fishman?” Will jokingly asked him. “Actually, that reminds me. A guy named Mike Enslin wrote an article on them and-“ “Never mind! I shouldn’t have brought it up, let’s just get to school.” They both ended up taking a route through the suburbs. Which, of course, caused them to be a few minutes late.

The day dragged again. When they finally made it to Mr. Badger’s class at the end of the day, Will felt a strange sense of dread. Maybe it was just the rumors Jessie put in his head, but he knew something was wrong. First of all, Mr. Badger was fiddling with a retractable knife during class. Why did he have a knife? Was he even allowed to bring that in school? Also, he kept eyeing Will randomly during class. It was almost as if he wanted him to always be in his sight, like he was worried he’d disappear. Will put it all together; Jessie was right, Mr. Badger was trying to kill him!

Will examined every move his teacher made. He was sweating profusely. His stomach began knotting. He couldn’t concentrate on anything his teacher said. He wanted to run out of the building as fast as he could, but he couldn’t. He stared up at the wall to see the clock teasing him. He wanted the class to end, but the arms didn’t seem to move at all. After what felt like eternity, the bell rang. All the students packed their stuff, got up and exited to room. Will was relieved that the class finally ended. The wave of dread washed away. Unfortunately, it came back and crashed over him again he heard his teacher say: “Will! I want you to stay after class.”

Will couldn’t take it anymore. He ran down the hall as fast as he could. He was nearing the exit when something yanked his arm back, clenching hard. It was Mr. Badger! “No! Let go of me! Help! Help! Please help!” Will screamed to everyone in the hall as he was being restrained. Mr. Badger pulled his terrified student closer to his face. “What is the matter with you?” he asked in a stern whisper. “You’re in Eleventh Grade, and you’re acting as if you’re in Kindergarten! Do I need to send you to Dr. Harper’s office down the street? Come with me.” They both looked around, everyone was staring at them. “Sorry you had to see this.” Mr. Badger told them with a fake smile on his face. He proceeded to drag Will back to class.

Will sat down in a desk across from Mr. Badger. He had never felt so scared in his life. He could feel Mr. Badger’s eyes assaulting his soul. Again; he wanted to run away, but fear held him in place. “Will, I would like to talk to you about your answers on the test the other day.” Will was somewhat relieved, but he still somehow knew something was wrong. He was right. Right after that, Mr. Badger got up and advanced towards his desk. Resting right on top of it was the knife! Will knew he had to do something. He wasn’t going die to the hands of another person!

Without thinking, Will ran towards the desk and grabbed the knife. “Will? What are you-“That is all Mr. Badger got to say before the knife plunged into his chest. The life drained from his eyes as Will twisted the knife. He heard his flesh cutting. Once Will was sure his heart was destroyed, he yanked the knife out. Mr. Badger looked down at his wound. It was squirting dark red blood. “Why?” was his last word as he collapsed to the ground. Will was almost happy. Even though he killed someone; and was covered in his blood, he didn’t have to fear for his life anymore.

To Will’s surprise, Jessie walked in the room. Jessie just looked at Will, and at Mr. Badger’s body on the floor. “Wow, you actually believed me. You were so scared that you killed him.” Will gasped in disbelief. “What’s funny is that I planned on killing you. I told you about Mr. Badger so you’d skip school. I tried to get you when we were alone, but I never got the chance.” The wave of dread washed over Will again. “I always wanted to kill someone. I chose you because you’d be the easiest target. Now, I have a reason for killing you. You killed an innocent man.” Jessie pulled another knife out of his pocket and approached Will. “However, I’m about to kill a murderer. I’m better than you.”

The amount of fear Will was experiencing earlier was nothing compared to now. He killed his teacher for nothing and he was betrayed by his friend. Out of fear, Will threw himself out the window. He seriously hurt his leg, but he didn’t care. He just needed to get away. He blindly ran as his leg was in extreme pain. After a while, Jessie caught up to him. He couldn’t let Jessie catch him.

Luckily, he reached the pier. Jessie was about to catch him when he hoisted himself over the railing. He disappeared into the black water. He tried to swim, only to realize he couldn’t. Will accepted his death and let the current drag him into the depths. At least he dies this way, rather than being murdered.