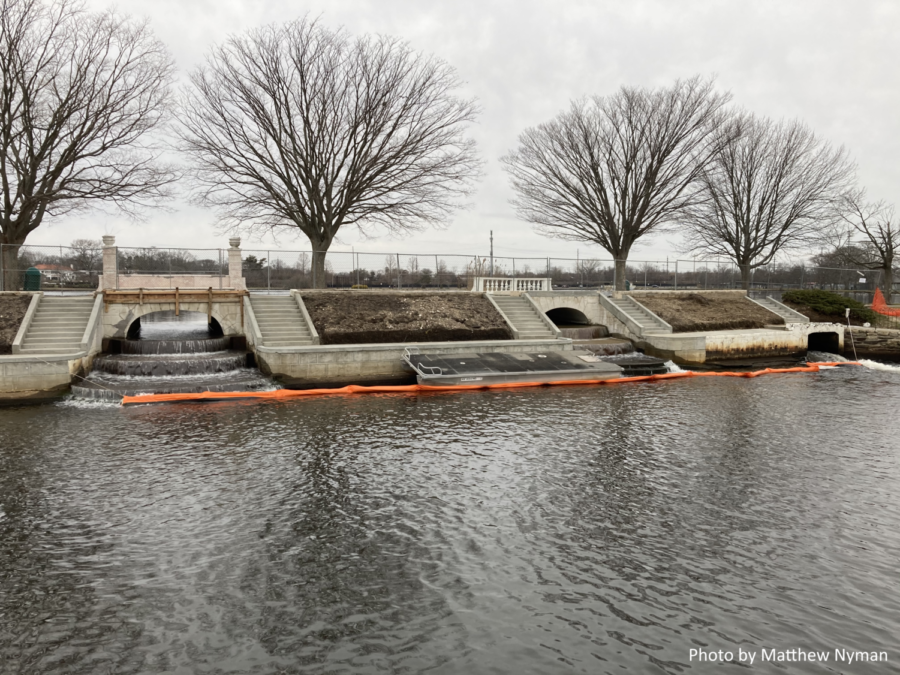 Argyle Falls has long been a symbol of Babylon Village. Although the falls have formed the south end of Argyle Lake for over a century, its current architectural design with stairs and arched spillways was built in 1928. A project to restore the falls is currently nearing completion.

The last major repair to the falls was in 1988, with only minor repairs being done between that restoration and the current restoration. In the intervening time between restorations, the falls have been damaged by storms and weathered by the elements. Hurricane Sandy and Hurricane Irene both affected the falls, and a major rainstorm in 2016 also caused problems due to the high volume of water it dropped over a short period of time. Vandals have also contributed to the deterioration of the falls by damaging the railings.

The ongoing restoration of the falls was funded by a New York State grant, a Suffolk County grant, and a donation from Babylon Village resident Theresa Santmann. Many parts of the falls have already had their damaged concrete replaced by new concrete, and railings will likely be added soon.

The history of the falls dates back to 1922, when J. Stanley Foster donated the Argyle Lake property to Babylon Village to be used as a public park and a memorial to Babylon Village residents who had served in World War I. Foster was a Babylon Village resident, banker, and World War I veteran. The public park was first called Babylon Memorial Park, and a stone monument built around that time to honor World War I veterans still stands today. The first bridges over Argyle Falls were simple wooden bridges, but their white paint likely inspired the color of the falls today. Foster died in 1925, and in 1928 his sister Caroline Foster Savidge offered to pay for the replacement of the simple wooden bridges with more elaborate architecture. The new design for Argyle Falls was created by noted New York City architect and Babylon resident John H. Phillips. Although repairs have been made over the years, his original design remains largely intact today.

Other parts of Argyle Lake have been restored in recent years as well. A fish ladder built near Argyle Falls in 2013 allows fish to migrate from the saltwater of the Great South Bay to freshwater for the first time in over 100 years. A project to prevent the erosion of Argyle Lake’s shorelines is currently being worked on also. As part of this project, mesh cages filled with rocks are being used to reinforce the shorelines. Large boulders and woven coconut husks are also being used to prevent shoreline erosion.