Is the American Dream Still a Dream? 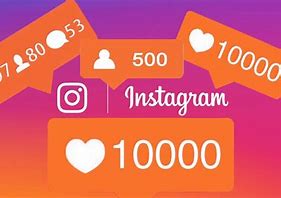 Nowadays the world we inhabit runs off a social hierarchy. This so-called hierarchy is based off money and fame. The more money you hold the more power and fame you hold, leading you to be high up on this so-called hierarchy. The American dream emphasizes your perfect life in America. Peoples “dream” in America nowadays is to be as high up on this social pyramid as humanly possible. Let us be honest, no one would mind some cash. But some people simply cannot get enough.

Negative attention is the action of doing something wrong or unjust to get your name out there. Let us put recent events into play. We can use the recent violence at the capital for example. The terrorists that attacked our very own capital had no justification for doing so. They knew they were not going to get anywhere by becoming violent. They knew they were not going to overturn the fair election that democracy had held. They committed this crime just to get their name on the news. And unfortunately, they were successful. They may have shown their loyalty to the president at the time, but it spiraled to an unnecessary situation. This endangers America as a country.

People will go as far as to fight for an American dream. If two rising influencers are rising for the same purpose or interest, they are going to fight it out. They will create a fight with a fellow celebrity and put their dream in the hands of the people. However, this is all staged. If a celebrity fights with a fellow celebrity, you now have a scandal. The iconic part of a scandal is the feedback. People begin to take sides. The one who comes out victorious, will both gain a following and be known for that very moment. The loser will both lose following and be known for their wrongdoings. As the world gets deeper into this social hierarchy, the more scandals occur. There is never not a scandal occurring. It has become somewhat of a normal in our society.

The American dream has become a fantasy as well. People are setting unsustainable goals. For example, a recent atudy concluded by CNBC showed that less than 20% of Americans say they are living the American dream. When millennials were asked to select the three most important elements of the American dream, “owning a home I love” was rated higher than any other option. People chose this option over “starting a family” and “finding a fulfilling career.” The American dream refers to a process where you work hard and make enough money to live your dream life. People are changing the American dream. People want to live their dream life without having to work profusely. You may be able to enjoy your job and do what you love nowadays, but you cant expect a dream life if you do not build it yourself.

If we look at influencers, every one of them had to build a platform. You can post something on Instagram, and have it blow up, but it will only be in the spotlight for a week at most. This is where trends come into play. Someone can go viral for doing a hot new trend, but after a week or so they will die down. Influencers must constantly think of new and innovative ways to keep their platform alive. It seems like an easy job, posting a picture on Instagram every day, and just letting the world decide your fame, but there is a lot of risk involved. Influencers put their life in the hands of the world. To keep their life up they must satisfy the people. This is a rough job, that not everyone can do.

Jake and Logan Paul are the perfect example of this. They started off as Vine (comedy app like Tik Tok) stars. After this app went away, they moved to YouTube, where they were very successful. In 2017 they were the talk of the country. Everyone chose to follow Jake and/or his brother Logan and followed them till their downfall. They tried everything to keep themselves in the spotlight. Jake even went on Disney channel at one point. As many influencers do, they committed some foolish acts, and said some uneducated things. They reached they eventually reached there downfall. They were no longer the talk of the country. They were washed up. Their fame was dying down, and so was their income. As they faded out of the spotlight and lowered on the social hierarchy, they desired to get back in and on top. They decided to take on boxing. They are constantly posting promotions for these new matches against the greatest boxers alive. On the outside they want you to think their passion is boxing, but really it is fame. They want you to tune into their matches to get themselves back in the spotlight. And once again this works. They have revived themselves. All their past followers buy tickets to see this match. Mike Tyson once said in a press conference, “Now we got these youtubers, 20 million subscribers? Boxing is coming back thanks to these YouTubers.” They accomplished a very challenging and rare occurrence of regaining popularity after a downfall.

The social hierarchy is constantly moving. If you look at a live follower account, it is always moving. They are moving for a reason. Every time they lose or gain a follower there is a reason behind it. A celebrity could have offended your religion, causing them to lose your follow. They could have agreed with your political views causing them to gain your follow. The world is crazy these days. It is impossible to sit comfortably on the hierarchy. If you are at the top, you know you will not stay there. If you are at the bottom you want to replace the person on top, causing positions to flip. People cannot be happy with where they stand in society, and never will be.

Nowadays we the people control the wellbeing of the people above us on this social hierarchy. We have the power to control the wellbeing of our fellow Americans. We can cancel someone overnight and ruin their life. We hold so much power in our very own hands. The American dream is no longer about what is doing what is best for you to maintain your dream. The American dream is now doing what is best for your followers and viewers to maintain your dream.