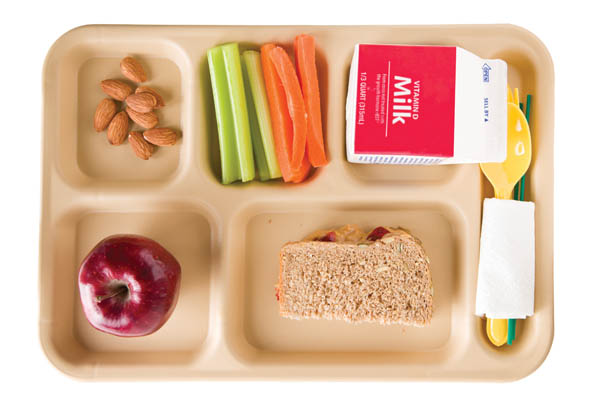 Do you ever hear kids and teenagers complaining about the food they’re getting for lunch in school? If you do, it’s because Michelle Obama’s new campaign, “Let’s Move,” which is trying to get the kids of America to eat healthier and raise a healthier generation of kids. This is done by supporting and supplying healthy foods to schools across America. The problem with this new campaign is that now kids and parents are spending their money on things they don’t even like and would never eat, except for when they’re in school.

Don’t get me wrong all the healthier foods will make America a healthier country overall. For example, everyone’s calorie count will be lower and people will be getting more protein and things they need in their diets. Dr. Margo Wootan says, “School meals now include more fruits and vegetables, more whole grains, low-fat instead of high-fat milk, and sensible limits on calories, unhealthy fats, and salt.” This is just a healthier lifestyle overall and it can give you more energy throughout the day. Daniel L. Millimet, Rusty T. Chernis and Muna Husain said, “In the 2012-2013 school year, the USDA debuted a revamped school lunch menu with higher nutritional standards. The revised standards included smaller portion sizes, twice as many servings of produce and only fat-free or low-fat milk.” Clearly, people dealing with our food are making even the smallest changes just to make sure we are eating healthy, even though the kids in school don’t like or appreciate these new changes.

The stronger point in this argument is that no one likes all the new whole-grain and healthy changes people are making to their food that they have to eat five days a week. All the kids and teens do is complain during their other classes and sometimes they can’t even bring lunch to school, so it’s not as easy as just that. Rebecca Klein supports and understands what these kids are saying. For example in her article, “These Teens Hate Their School Lunches And They’re Blaming Michelle Obama For it,” she says, “Students around the country are fighting back against healthy school lunch standards that they say have decreased the quality of food served at schools.” This quote does not show her feelings towards this subject but she’s telling the readers about what’s going on in this situation and what students are doing trying to stand up for what they want. An article on mrconservative.com says, “The only problem is that children won’t touch the stuff because “it tastes like vomit.” If they do force themselves to eat it, portions are so small they’re hungry anyway.” This is somewhat depressing on some points because kids are actually leaving themselves hungry, and if this continues to happen they could develop eating disorders like anorexia in the long run. This is when these new healthy food regulations start turning out worse than the old regulations with regular foods. Besides, if the kids aren’t going to eat the food anyways, then why even bother spending money on food that will just get tossed into the garbage.

So as you can see, the first lady’s new campaign “Let’s Move,” isn’t necessarily making things better or keeping kids in better shape. All schools who are moving along with this campaign should just go back to all their old foods so kids will actually eat in school and can focus better in class rather than starving all day!