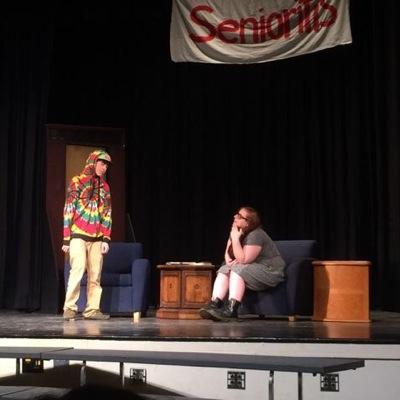 Last Wednesday May 13 was a big day for Babylon’s Theatre and Art departments.  Students were inducted into the Art Honors Society and were able to display their artwork in the lobby, and other students were inducted into the Thespian Honors Society. Congratulations to Bailey Dell’Erba, Kyra Pitagno, Sean Cosgro, Carson Brennon, Ryan Pavlik, Katie Larson, Paige Bzdyk and Gabrielle Burgos!

Followed by both inductions, the Thespians and some new inductees put on our own senior Melanie Candelora’s show Senioritis. This show followed a girl in her senior year of high school filming a documentary based on her classmate’s stories to send to her dream college.  Throughout the show the audience learned how people are affected by their surroundings and experiences.We learn that no matter how open or optimistic somebody seems, they could really be hiding a secret dying to come out; sometimes secrets they didn’t even know they were hiding.

The show is based around the main character Nova.  Played by Melanie Candelora, Nova interviews all of her friends, ex friends, and foes and documents their stories.  Nova also obtained all of the character’s old diary entries for them to read to the camera.  Melanie showed the difficulties of being a teenager and eloquently displayed how certain situations can affect a person and it seemed that everyone in the audience could connect to a part of each character’s’ life.

“In a world where teenagers are communicating but rarely connecting,” Melanie Candelora most definitely made a connection with the audience through her outstanding work. 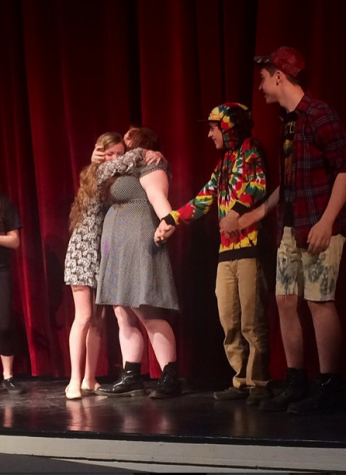