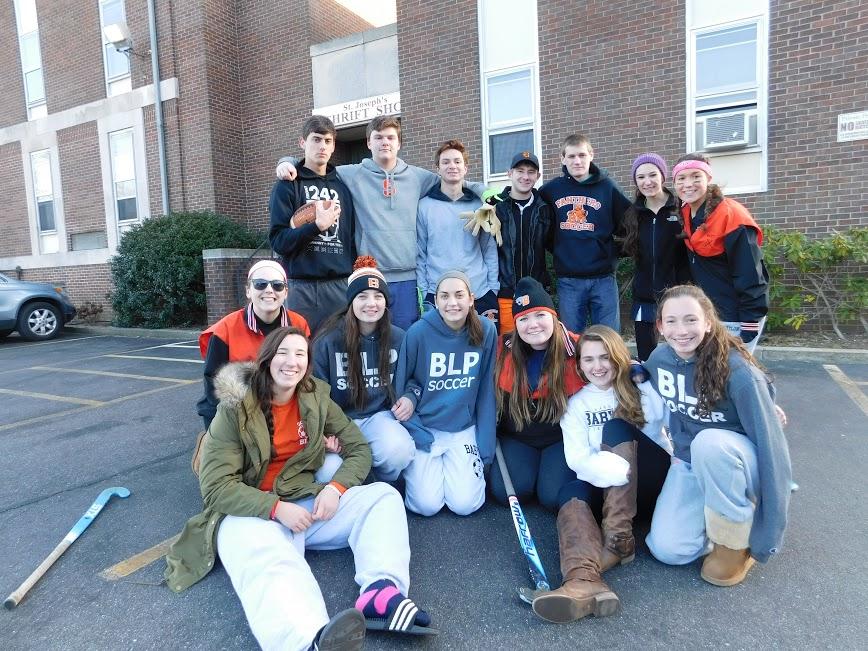 BHS Presents is an annual production organized by the Senior High Student Council to display Babylon High School’s talented students.  The event is a fundraiser for Student Council, where money that is raised goes to scholarships for seniors; this year we raised nearly $5,000!  This year’s event included 21 acts, not including the skits put on by the graduating class.  The acts are very versatile; there was 2 dancers, singers, and the remaining talent were bands. The event was supposed to take place February 5th, but due to the snowstorm the event was postponed to that Saturday, February 6th.  Thankfully the show still ended up selling out all tickets, and the balcony was even opened due to the need for more seating.

The event has many acts that make the show, but there is a lot of work that goes on behind the scenes.  There’s a set crew, that helps with switching microphones and sets in between acts and skits.  The light and sound crew helped with the lighting and sound control of the acts and if a video skit needed to go on, they took care of that too.  Publicity took care of folding programs, hanging up posters, selling refreshments and tickets and creating the display case.  Also, the main advisors of the whole event were Ms. Fama and Mrs. Carey.  Without all the help from the behind the scenes crews and advisors, the night wouldn’t have been as spectacular.   The show took many weeks and late nights in preparation.  Normally, the show takes place Friday and Saturday.  This year, it went down into one night only.  The main MC’s of the night were Haley Watt, Alex Turri, and Alex Gumbardo.

BHS presents is a fun filled production, where students work together to create a dynamic production.