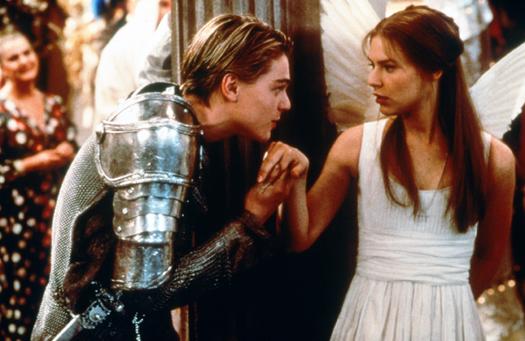 Romeo and Juliet are some of the most well known characters in literature, and for good reason. Their quickly acquired love, as well as the reactions of the adults surrounding them, allows adolescent readers to connect with them, as the emotions surrounding young love have not changed much over the years. Shakespeare’s utilization of these feelings has managed to keep The Tragedy of Romeo and Juliet timeless. Their love story still resonates with young audiences because the backbone of it is the overwhelming emotion associated with first love, something universal across time.

The extraordinary passion of a young romance has not evolved much since Shakespeare’s time, and is exemplified in the balcony scene where we first glimpse Romeo and Juliet confess their love to each other. In the previous scene, Romeo met Juliet at her father’s party. Moments after speaking, they have already kissed and believe they are in love with each other. The famous balcony scene contains some of the most beautiful poetry Shakespeare ever created, and the language portrays the instant attraction between Romeo and Juliet. Romeo says, “But soft! What light through yonder window breaks? It is the East, and Juliet is the sun!” (II, ii, 2-3) and “It is my lady; O, it is my love! O that she knew she were!” (II, ii, 10-11). These two lines show Romeo’s instantaneous love for Juliet. Young people tend to think that they are in love even when the have just started to form a relationship with someone, and this is portrayed through the poetry in the scene. This phenomenon is timeless, and allows readers to connect to the text. Another point where the passion of young love is held in the spotlight is when Juliet is waiting for Romeo on their wedding night, she says “Gallop apace you fiery footed steeds, Towards Phoebus’ lodging such a wagoner as Phaëton would whip you to the West… Spread thy close curtain, love performing night, That runaway’s’ eyes may wink, and Romeo leap to these arms, untalked of and unseen.” (III, ii, 1-7). Shakespeare uses the classical allusion of Phoebus and Phaëton to show Juliet’s anxiousness to be intimate with Romeo, a trait many young people still exhibit today. Phaeton was the deity whose chariot guided the sun across the sky, and Phaëton, his son, lost control of the chariot by flying it too fast. By saying this, Juliet means she wishes Phaëton to fly swiftly across the sky and bring night, thus allowing her to be with Romeo sooner. Most adolescents are as fast paced now as Juliet. Teenagers tend to live in the moment and want things to happen as fast as possible, which includes relationships. The impatient emotions expressed by Juliet in this scene, as well as Romeo’s lovestruck nature in the former, help the audience to connect with the text, even if it was written nearly five hundred years ago.

The way adults communicate to teenagers about young love has also not changed much over the years. There are only two adults who know about the romance between Romeo and Juliet as it’s happening, and both of their reactions to the situations parallel those of parental figures today. Friar Laurence, a father figure to Romeo, reacts by not taking Romeo seriously when he tells him of his love to Juliet, since Romeo had just been heartbroken by another girl, Rosaline. He says, “Holy Saint Francis! What a change is here! Is Rosaline, that thou didst love so dear, So soon forsaken? Young men’s love then lies, Not truly in their hearts, but in their eyes” (II, iii, 70-74). Friar Laurence’s response to Romeo is his disbelieving attitude that he has found love so quickly after his unrequited love for Rosaline. Though Romeo’s love for Juliet may seem irrational to Friar Laurence, it is all too real to Romeo. Instead of trying convey to Romeo that he is being impetuous, Friar Laurence approaches the situation without caution and agrees to marry them on the spot. This mindset resulted in tragedy. This resembles today’s society similarly. Parents don’t take young love seriously but still consent to their children’s relationships. Then they don’t adequately converse about the topic with their children, and both people involved in the romance get hurt. This lack of communication occurs again when the Nurse, Juliet’s mother figure, does not fully comprehend how deep Juliet’s feelings for Romeo seem to her. When Lord Capulet warns Juliet to marry Paris or be disowned, the Nurse gives her advice, saying “Romeo is banisht; and all the world to nothing. That he dares ne’er come back to challenge you; Or if he do, it needs must be by stealth. Then, since the case stands as now it doth, I think it best you married with the County.” (III, v, 243-247). Instead of comforting Juliet and helping her to find another option, she puts Juliet’s feelings to the side and tells her to do the most practical thing. In doing so, she does not communicate with Juliet as clearly as she should have, and leaves Juliet even more anguished than before. Juliet needed guidance, and instead was given harsh reality. Parental figures today often have the same communication problem. They expect their children to understand they should do what seems to an adult obvious, such as break up a relationship that isn’t working, even though as a young person they are enthralled in emotion-filled chaos. The Nurse’s lack of understanding toward Juliet is something that many young people in love can identify with. Many parents act the same way towards their children, and the Nurse and the Friar both represent parents feelings towards young love for many people.

Audiences can still identify with Romeo and Juliet today because it exhibits the extreme emotions tied with first love, something still universally experienced today. The reason this play has endured through the ages is because new generations can relate to the whirlwind emotions that Romeo and Juliet experience. The key component of considering a text to be classic is its ability to appeal to the generations that come after the text was written. Through his characters and language, William Shakespeare not only achieved this, but has created a play that is still relatable after hundreds of years.