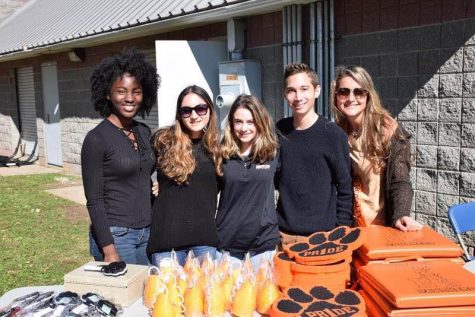 On October 15, Babylon High School students, teachers, alumni, parents and community members gathered at the brand new Coach Walter Williams football field for the annual homecoming game. The day kicked off with a parade down Main Street, which included the Babylon High School Pep Band, floats from each class, and the homecoming court. The Babylon Booster club hosted its annual chili and chowder contest, along with the Junior class fundraising with a “pie in the face” contest. During halftime, the football field was rededicated in honor of Coach Walter Williams, Robert Lum and Celina Saffioti were crowned homecoming king and queen, the Class of 2019 was named winner of the float contest and Bagelicious was declared the winner of the chili contest. The football team effortlessly defeated Center Moriches 42-6 to continue their undefeated season, and culminated a wonderful weekend of festivities.