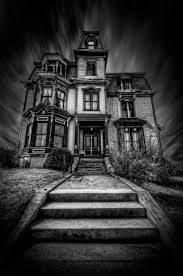 Tom, Keith, John, and George were bored. It was the end of summer. The boys had been camping, fishing, and playing baseball every day for weeks. School was going to start in just two weeks. The boys from Park Avenue needed an adventure because the days were already getting darker earlier.

The town was a small close knit community on the shore of Lake George. All four boys had been born and grew up together there, and everyone knew them. Their parents usually took turns looking out for them either together, or in pairs. It wasn’t unusual to find them all checking out a car accident or a construction site. They knew every inch of the town, especially Tom, since his Dad was a Captain in the local fire department.

So, this hot summer night, the boys were sitting around Keith’s pool in the backyard, trying to think of how to make their summer last. John thought a camp out outside of their backyards was the best choice, but George and Keith weren’t sure. “It’s too creepy, we won’t be safe,” said George.

John was quiet, then said “Hey I know, let’s wait till dark, and go explore the old McMillan House.” The other boys suddenly stopped talking and looked at John.

“Are you kidding?” asked George, “It’s supposed to be haunted! We can’t go in there…we might never come out.”

John looked back at him and said, “I have always wondered what really happened there. The rumor is that old Mr. Mac went crazy and they found him wandering around in the woods covered in blood. His wife, and his two daughters were never found. They investigated, but they never could prove anything really happened to his family because they never found them. My Dad says my Grandpa and Grandma were friends with them. He ended up in a mental hospital down near Albany.”

“We could do out own search!” said Tom,”We’ll camp out near the house, and search before it gets dark to see what we can find, I bet we could solve the case.” Tom was getting excited.

“We could research the newspaper articles at the library, and see what they already found and go from there,” said John.

“Well, alright, I’ll go,” said George. “But we need to bring lots of flashlights, and once it’s dark, we stay in camp. We can hunt around in the morning at first light. The house is close enough town that we can get help if we get scared. My aunt and uncle live down the road from there too, just in case.”

“Okay guys, we meet with our stuff at 5?” asked Tom, the other three agreed. So they went off to get their camping gear. It was going to be a very interesting night.

The MacMillan house was on the south side of Route 9, which is the main road through Lake George, Diamond Point and Bolton Landing on the west side of Lake George. The house was an old colonial, with a front porch that sagged on one side. The lawn was pretty overgrown, and the bushes were tall enough to cover the windows in some spots. The house next to it was a small summer bungalow that Tom knew, was empty. He decided the yard for the empty bungalow was the best spot to set up camp.

The boys met on their bikes at the fire station and headed through town to the lane where the MacMillan house was. They hid their bikes behind the garage of the bungalow and set up camp down by the shore of the lake. Tom and John started grabbing firewood from a pile on the other side of the house, while Keith and George made a rock circle for the fire.

As soon as it was dark, the boys lit the fire and started cooking hot dogs and roasting the marshmallows George had brought. As they ate, the watched the MacMillan house for any signs of life. It was dark, and there was no light anywhere around it.

George asked “How are we gonna get in? I’m not sure this is such a good idea.”

Tom thought for a second, “My aunt and uncle’s house is the same setup. They have basement windows around back, we’ll try their first. We need to put this fire out and get moving, get your flashlights.”

The boys started walking through the yard. There was an old pathway made up of slate stones that were covered in moss. It was only way to get through the overgrown yard. Once they reached the house, they walked on the porch around to the back.

All of the sudden the back door flew open as John walked past! He screamed and jumped onto what used to be a small patio area, and fell over as he landed. “Oh man, I think I broke my ankle!” Tom shined his light on the back door, “Looks like the latch just gave out.” he said. George and Keith ran to John and put an arm around his waist lifting him.

“We shouldn’t be here,” said George, “this is too creepy and now John is hurt.”

“Listen, it’s 10 days to school George, and I for one am not going back now!” yelled Keith, “Man up already!”

Tom walked slowly past the door and off the porch. He located the window, and slid his pocket knife through the seal of the window to open it. When the latch opened, he pushed it up to lock it in place. “Let’s go, we are in,” he said.

One by one the boys crawled in through the window. Once the turned to head for the stairs to go up, a huge blast of wind knocked them back. “Wow, what was that?” Keith stuttered.

“It must some kind of wind tunnel in the house,” answered Tom. “Let’s hurry up.”

They charged up the steps and carefully opened the door to the kitchen. The old appliances were dingy and covered in rust and dirt. Tom looked around with his flashlight when suddenly the power flickered on and off in the room. The boys heard glass breaking upstairs. “We need to GO!” said George, completely freaked out and shaking.

Keith started walking into the next room. The other boys were trying to get George to calm down. All of the sudden Keith’s footsteps stopped. There was a creaking door, and then nothing. Tom started running “Keith?! Where’d you go?

“Down here!” he screamed, and Tom stopped short. Looking with his flashlight into a trap door and the hole underneath it, was Keith about 8 feet below.

“I was walking and then the floor gave out under me,” Keith replied. “I can’t get out.”

“There is a door with a lock on it, and some old dresses, and pictures and stuff. Wait, there are bones here…get me out! Get me out!” Keith screamed. Tom frantically looked around for something to lower down to Keith.

“Hold on.” he said, as the other two boys came running in.“Here,” he said lowering down a sheet he pulled off an old chair, “grab this! Guys, pull!” Keith came up out of the hole slowly. The boys ran back through the kitchen and headed for the door. The inside lock clicked open and they ran straight into Tom’s dad.

“You guys left the fire smoking next door, and Mr. Kennedy from down the lane called in a brush fire. I saw your camping equipment and figured you headed here. What were you thinking, coming into an old abandoned house like this?” he asked walking into the main room.

“Dad, wait a minute!” screamed Tom, as the floor gave way. The only sound that could be heard was an evil laugh…

”You should have listened to George! Now you are mine!”said an old scratchy voice. You can never get out now!