The Ocean Is Not Our Dump 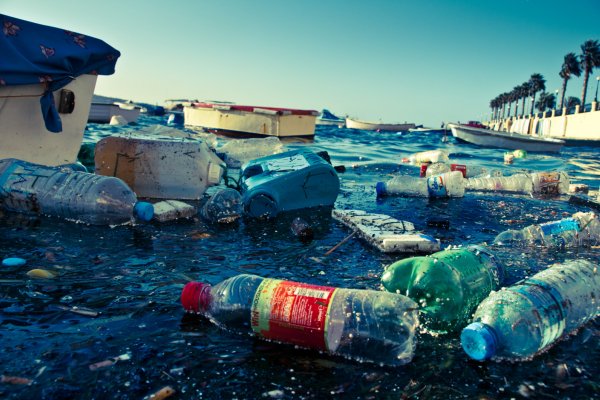 The ocean is a vast, beautiful and majestic place that many of us here on Long Island enjoy. 70% of our planet is covered in oceans. Plastics are now one of the most common pollutants of ocean waters worldwide. Pushed by winds, tides and currents, plastic particles form with other debris into large swirling glutinous accumulation zones which comprise as much as 40 percent of the planet’s ocean surface — roughly 25 percent of the entire earth says the Charles J. Moore of the New York Times. Due to our poor habits and ignorant nature this is now a reality. To create change for problems like this, agencies such as the EPA were set up to help reduce and clean up pollution in our country. However, due to a lack of funding the EPA’s resources are spread thin and can’t do as much as they wish they could do.

The EPA is the federal agency that is responsible for protecting both human health and environmental health in the United States. The federal budget for the EPA as of 2016 was $8 billion dollars, according to the EPA National website. Now that’s a lot of money, but that’s nothing compared to other departments such as the USDA that get $25 billion dollars and the US military that gets $597 billion dollars, says the National Priorities Project. Many of these departments serve important roles and are all prioritized by the current president.  Departments such as the Department of Defense(Military) are very important. Our president, Donald Trump, plans to have a 54 billion dollar increase on the already massive Department of Defense budget which is 597 billion dollars, 15.88% of the total US budget of  3.8 Trillion dollars, says InsideGov.com. Yet the question is which departments will have money taken out of them? The budget will cut 31% for the EPA, 28% of the State Department and HUD (Department of Housing and Urban Development) by 13.2% says CNN’s Dan Merica. However, even though the US Department of Defense is very important, it doesn’t need a budget increase. This is devastating to the EPA since it is already on a tight budget, but this is even more devastating with the Flint Michigan water crisis which has an estimated $100 million dollar cost to fix. This is unacceptable and a huge mistreatment of our national budget.

The reason why we need EPA funding is not only to clean up the ocean, but  also the country as a whole. Common man-made pollutants that reach the ocean include pesticides, herbicides, chemical fertilizers, detergents, oil, sewage, plastics, and other solids which all come from land based activities such as farming and industry, as per National Geographic. High concentrations of plastic material, particularly plastic bags, have been found blocking the breathing passages and stomachs of many marine species, including whales, dolphins, seals, puffins, and turtles. Plastic six-pack rings for drink bottles can also choke marine animals. It’s a known fact that marine life often ingests the pollutants in the water that causes them to die. For example the lantern fish eats copious quantities of plastic fragments, threatening their future as a nutritious food source to the tuna, salmon, and other pelagic fish we consume, says Charles J. Moore of the New York Times. With problems such as killing off our own food supplies and killing innocent creatures, it only makes logical sense to support programs such as the EPA.

There must be a change in the US federal budget. If nothing is done then this mistreatment of the budget will have terrible effects in the future. With these proposed budget changes maybe we should re-think what is most important to us, our country’s health and environment, or our already powerful and great military. It’s our job to take care of our planet and protect it since it is the only place we have to call home.